At the initiative of Elias Klaey, the Friends of the Namwala Secondary School were represented at the Zug Christmas market from the 10th to 13th December. He had made roses using copper and zinc which were on offer together with Ravens CDs and stone carved lamps. The creativity and resourcefulness was worth it: we managed to collect Fr 2’317. Incidentally, it was the stalls of the Christmas market in Einsiedeln that supported the Zug Christmas market stall.
There are still a few roses and CDs available-perhaps something for this Christmas? 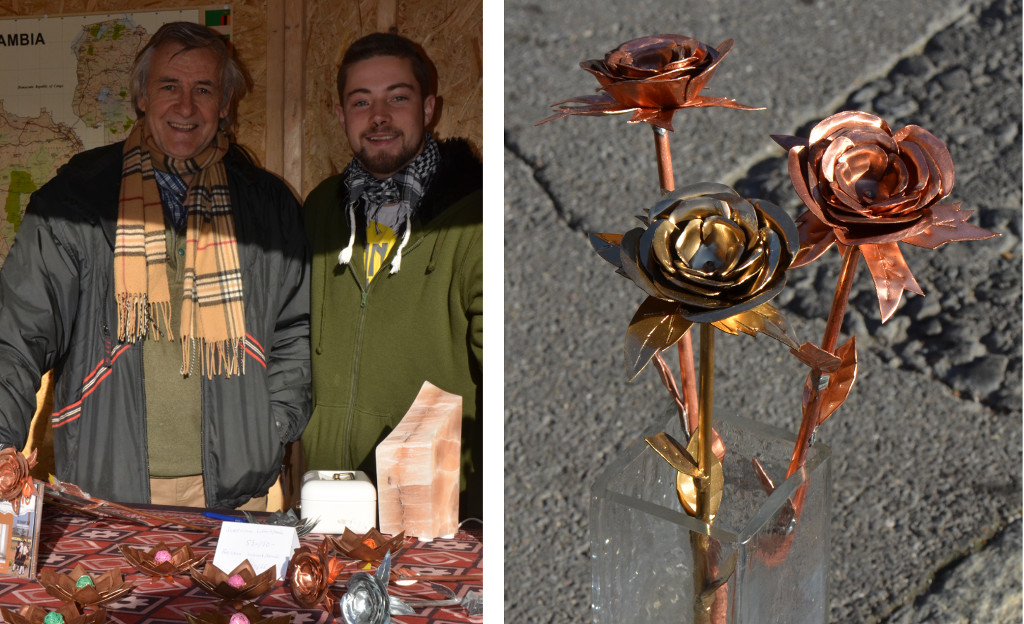 It was a huge surprise when Elias told me about a visitor who was taken aback in front of our stall and told him that her father was rector of the Namwala Secondary School in the sixties. I remembered the rector list in the principal’s office which I had photographed a few years ago. The first recorded rector (picture below left) from 1965 – 1966 was Mr. Raju. Ironically, the daughter of the first rector of Namwala lives in the Canton of Zug! On the last day at the stall I managed to speak with Mr. Raju (picture below right) on the phone: a truly emotional moment. His voice was clear. He is now 78 years old and lives in Harare, Zimbabwe. I invited him to the 50th anniversary in Namwala next year. 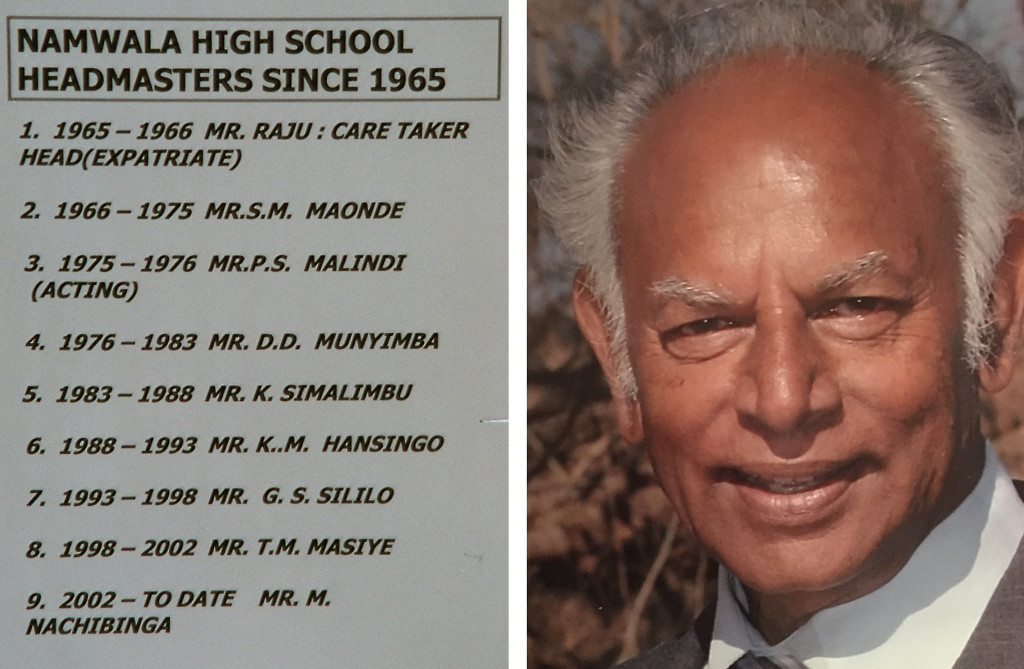