Christopher Mukuwa Junior has taken over the manufacturing of the school furniture from his father. He finished the 219 desks which were started by his father. In addition, he repaired 42 desks which were damaged recently. He went on to repair-91 desks which have served well since the inception of the school: the wooden box was replaced by a table top and the table legs were lengthened by 15 cm. With the completion of this work, the tiresome desk carrying by the students during class changes will be over.
Chris also made the window- and door frames for the new ablution blocks and in addition the roof construction. He was paid for these jobs by the Friends Association and uses these funds to finance his studies at the UNZA in Lusaka. 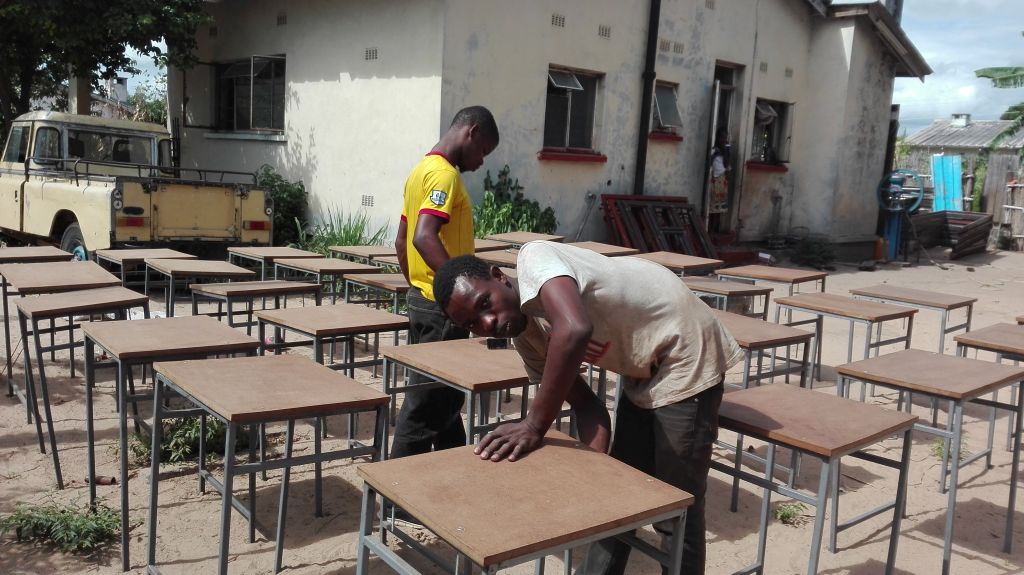 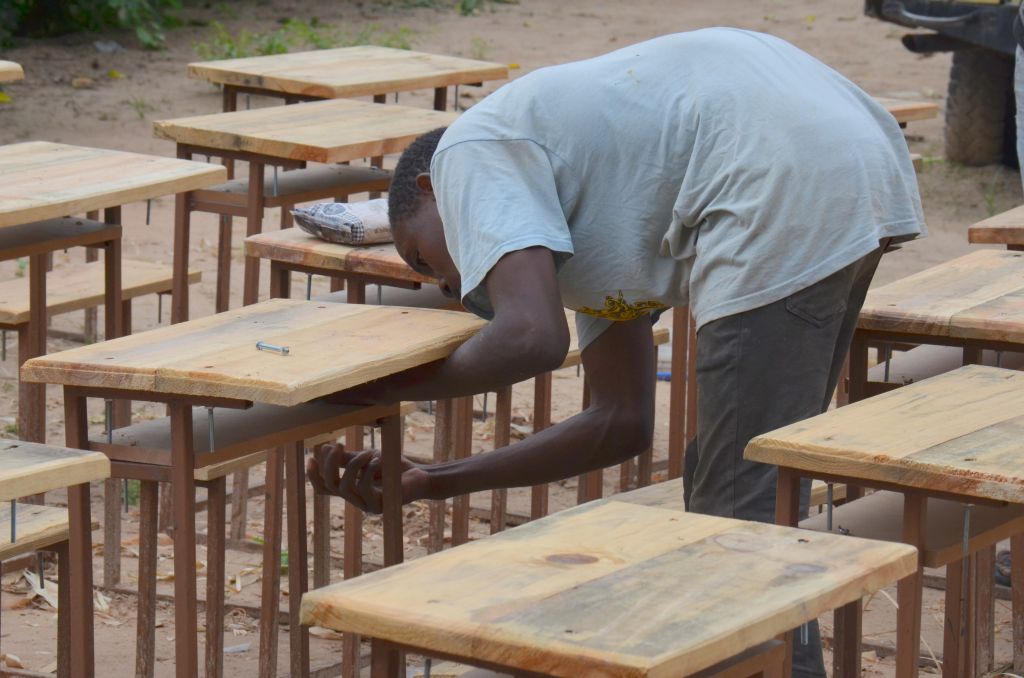 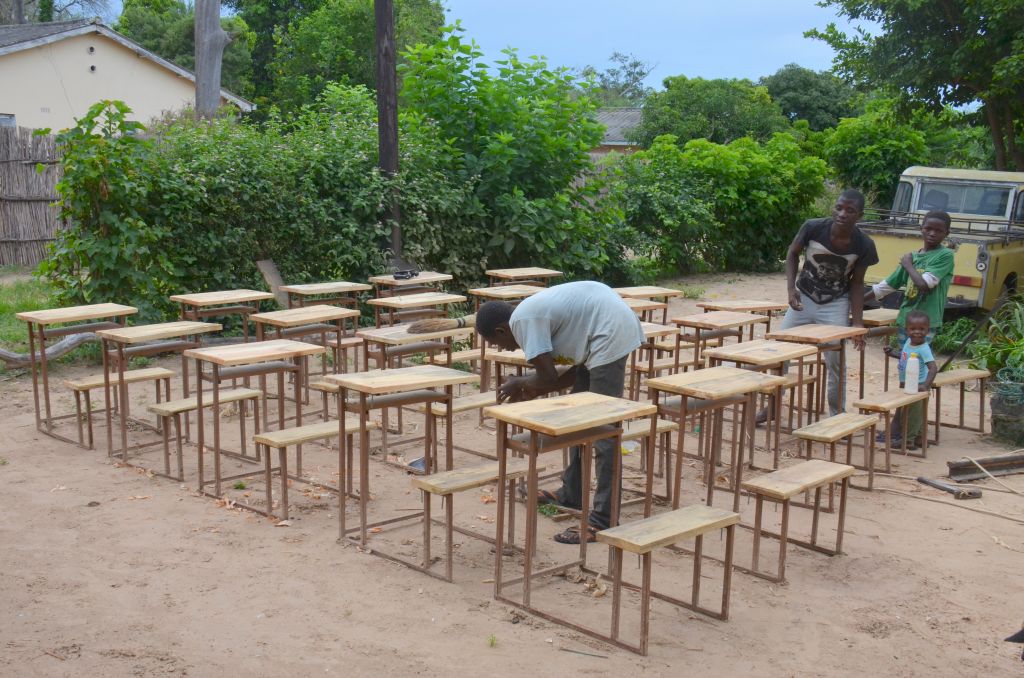 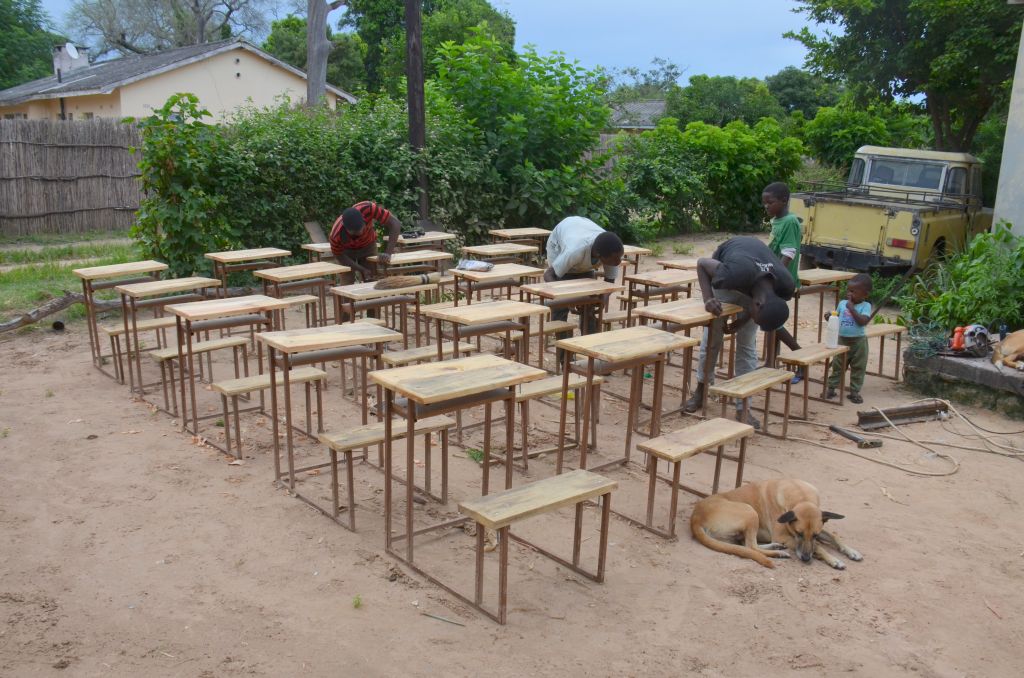 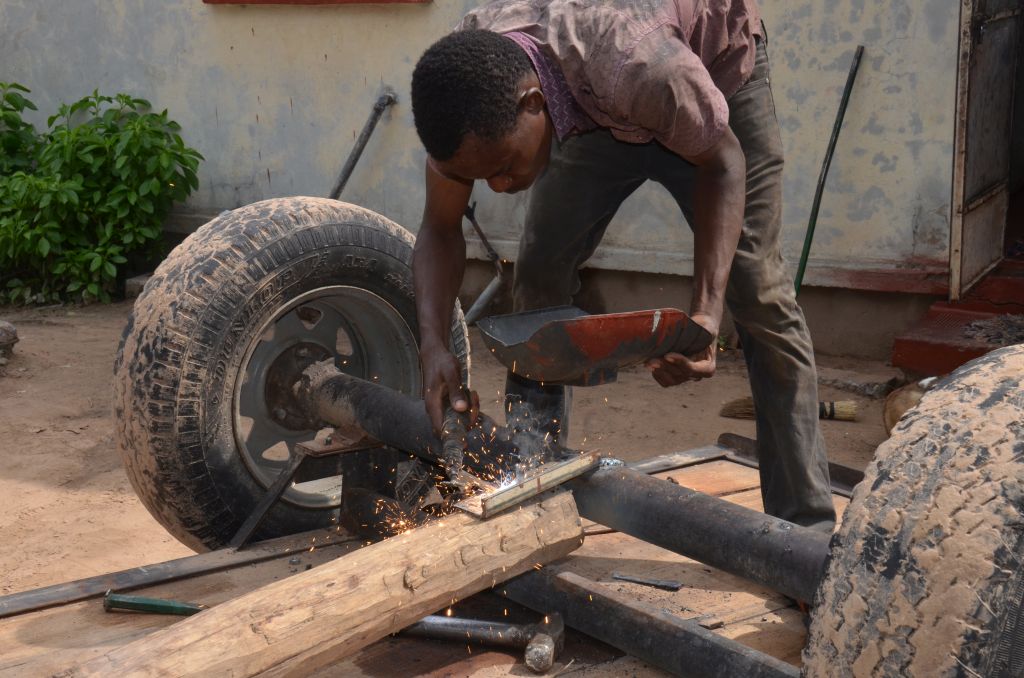 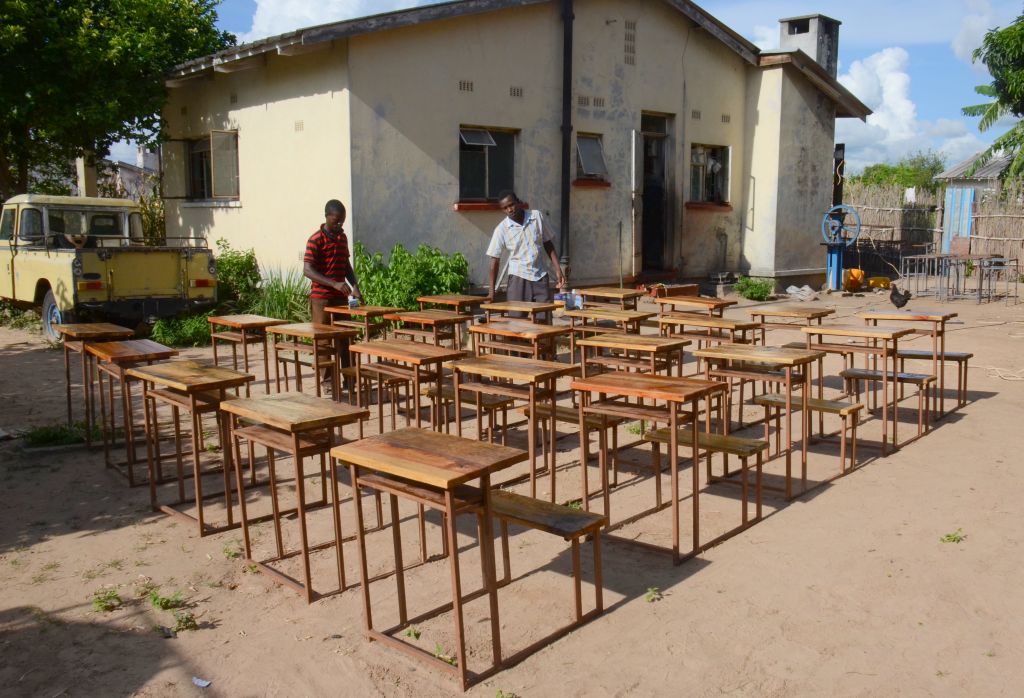 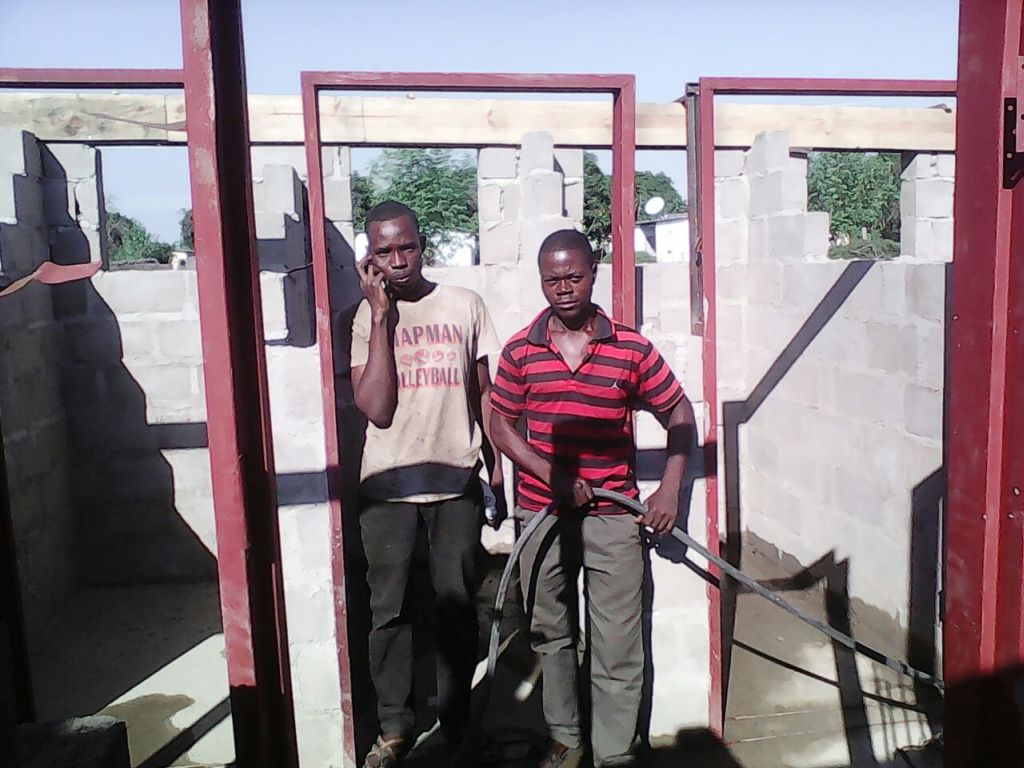 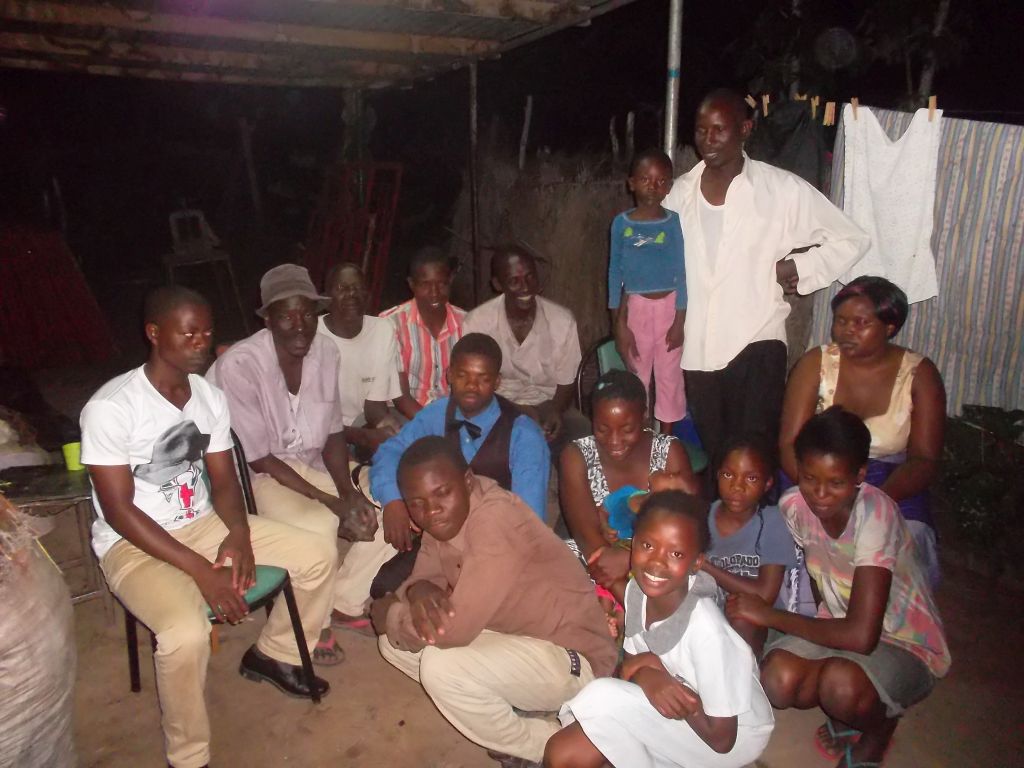