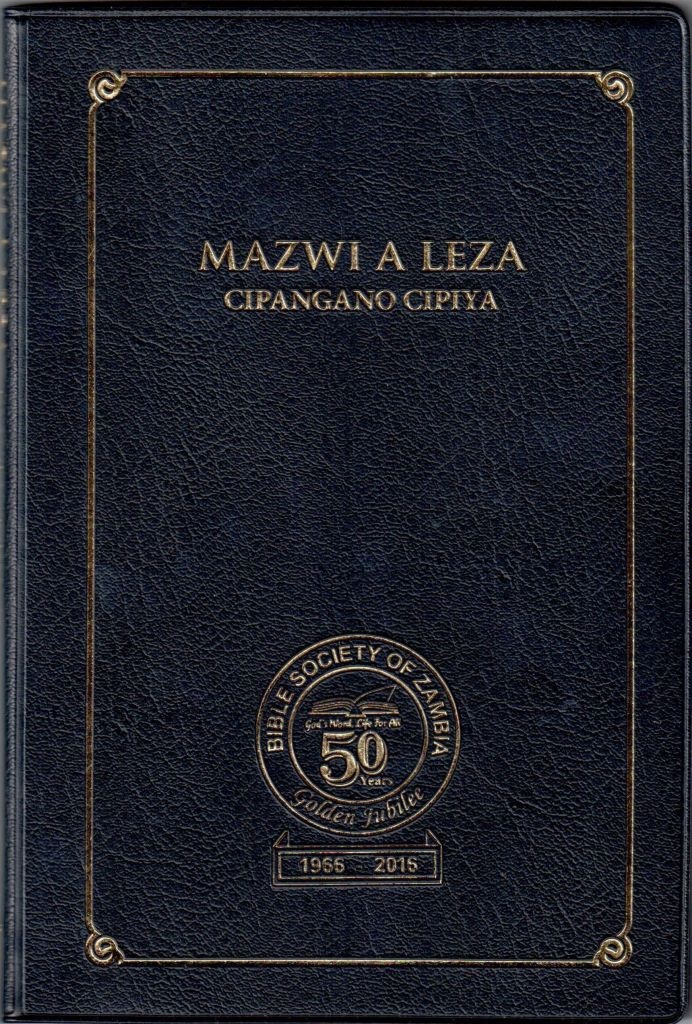 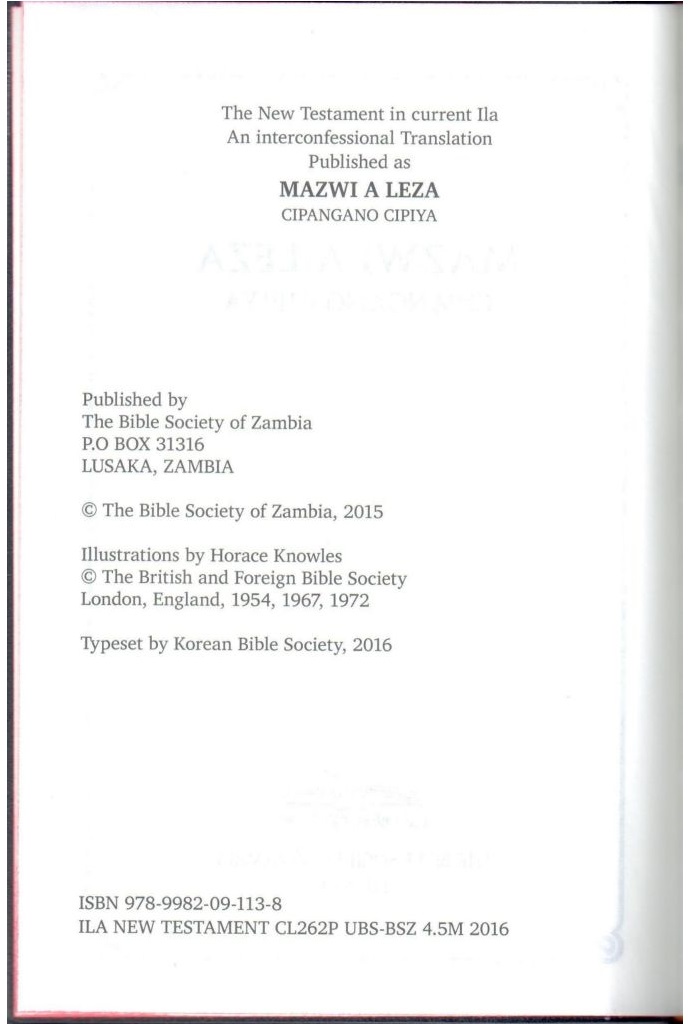 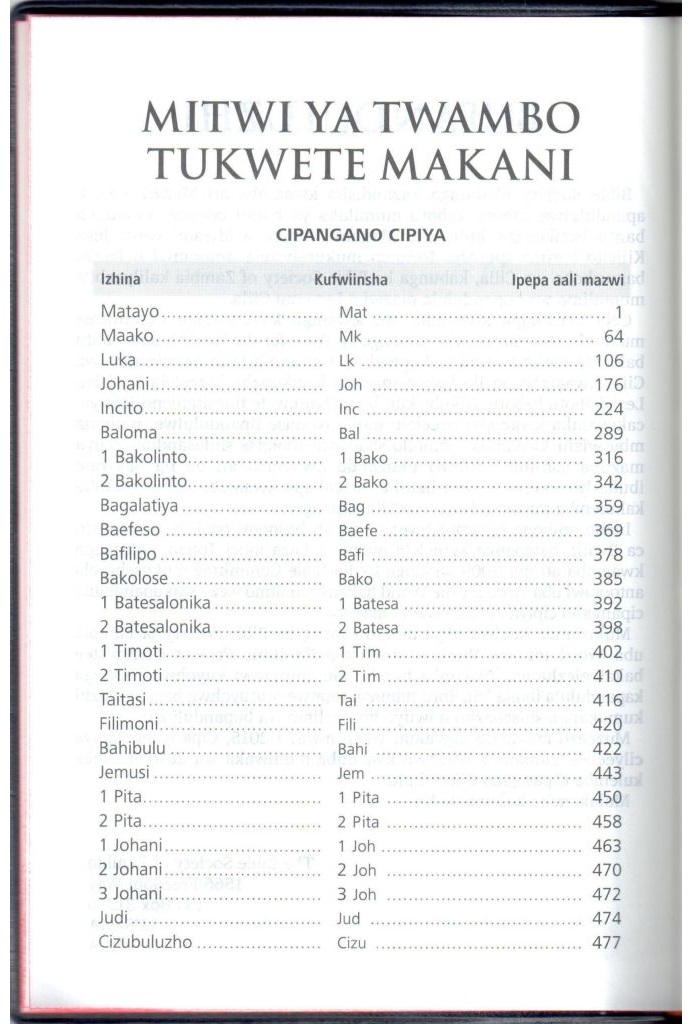 The launch of the New Testament Bible in the Ila language at Itezhi Tezhi at St Paul’s Catholic Church Hall on 12th July 2016 was a festive and joyous occasion, perhaps only surpassed by the arrival of the first Bible in Ilaland at Nkala in 1893 by Methodist Missionaries.
Nkala Mission station, lying 18 kilometres south of Itezhi Tezhi, is now part of the Kafue National Park. Nkala Mission was closed down due to unfavourable health conditions. A new mission station was opened at Nanzhila in 1895. Soon, stations and schools were opened at Kasenga, Luubwe and Nambala in Ilaland.

The pioneer Methodist Missionaries set about to learn the Ila language and culture for effective evangelisation of the people and established schools for the education of the Ila youth. Reverend Edwin W. Smith, one of the pioneer missionaries, wrote “A Handbook of the Ila Language” and translated the Gospel of Mark and several Bible tracts into Ila. Rev. Smith later collaborated with Andrew Dale, District Administrator, in writing “The Ila Speaking People of Northern Rhodesia”, a publication that stands as an unparalleled anthropological work.

Methodist schools and education among the Ila provided Zambia with the early teachers, preachers, health workers and administrators. However, it is in the field of social and political development that we credit the Methodist schools with the production of two of the most important politicians in Zambia, namely, Harry Mwaanga Nkumbula and Robinson Mwaakwe Nabulyato. Nkumbula led and spearheaded the nationalist movement for self-determination and independence from British colonial rule from the 1950s till the attainment of Independence in 1964. Nabulyato was Speaker of the National Assembly from 1969 to 1988 and again from 1991 to 1998.

The launch of the New Testament Bible in Ila on 12th July 2016 at Itezhitezhi builds on the work of the Methodist Missionaries but also marks a break from earlier translations: this translation was undertaken entirely by Ila mother-tongue speakers using an Ila orthography. Translation of the New Testament into Ila took ten years. The event, which was organised by the Ila Bible Translation Project Committee, was attended by hundreds of people who included representatives from the American Bible Society, the Bible Society of Zambia and The Word for the World Bible Translators, which provided technical and financial support to the translation. In addition to the Roman Catholic Church, which hosted the launch, the United Church of Zambia, (which incorporated the Methodist Church in Zambia after independence), the New Apostolic Church, the Baptist Church and the Pentecostal Church supported the launch through a local committee. Africa Bruce Munyama, Senior Counsel, himself the son of an Ila Methodist preacher and a product of Methodist education, graced the occasion as guest of honour. The New Testament Bible in the Ila language was symbolically received by Chief Shimbizhi, on behalf of all the Ila chiefs in Namwala, Itezhi Tezhi, Mumbwa and Shibuyunji districts, some of whom had contributed financially to the event; and all the Ila speaking people in Zambia and the diaspora. Chiefs Chilyabufu, Chibuluma, Kaingu and Mulendema also graced the occasion. Chiefs Mungaila and Shakumbila sent representatives. The presentation copy was borne to the dais by traditional warriors bearing spears!
All speakers at the launch encouraged the Ila people to read and study the scriptures, now available in their mother tongue.