Inauguration of the new classroom block 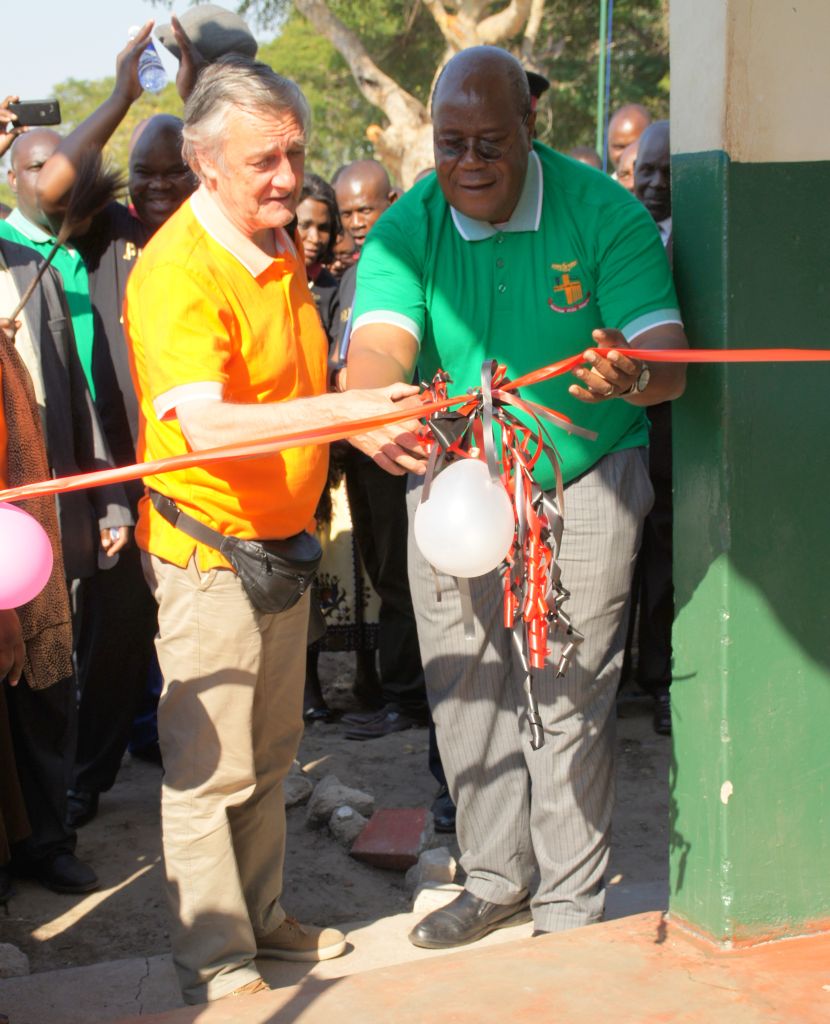 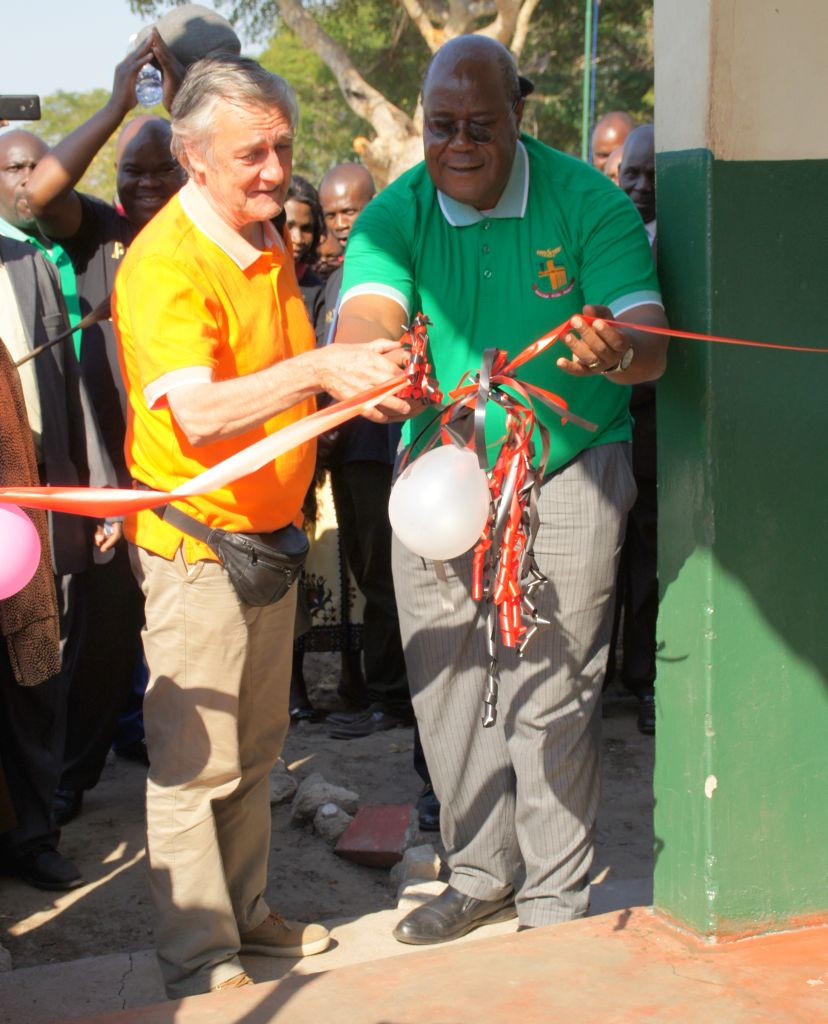 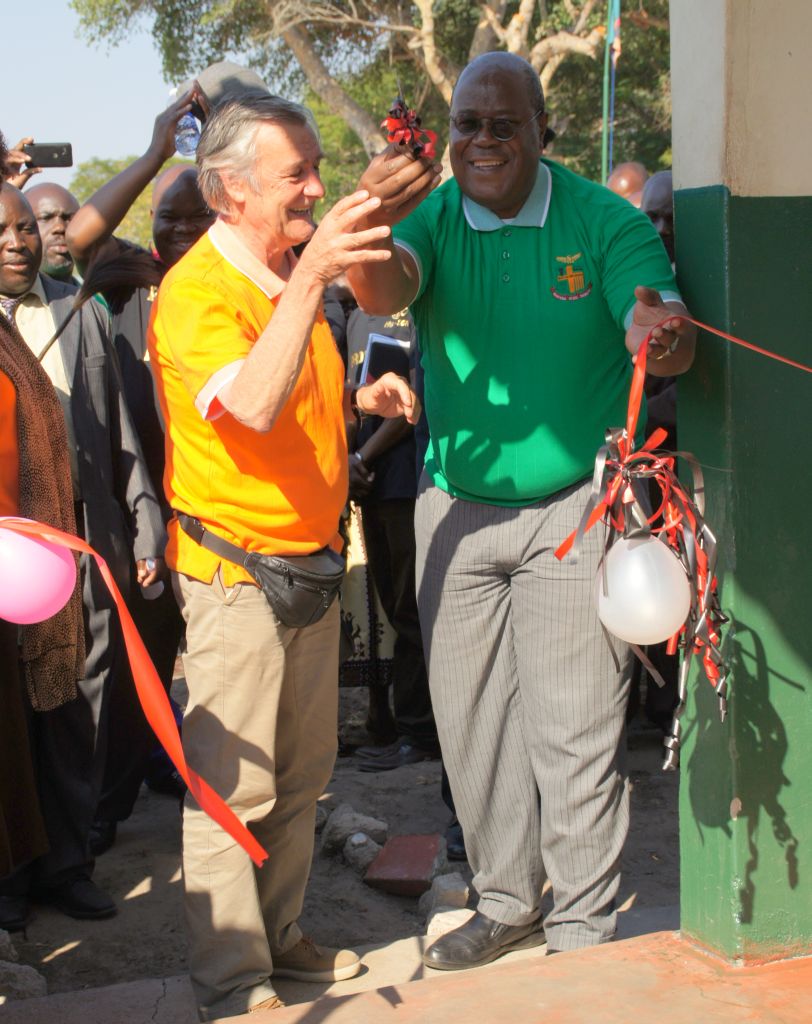 During the anniversary of the school, the two new classroom buildings were inaugurated by the permanent secretary Southern Province, Mr. Sibanze Simuchoba. With united forces, the band was cut. The total cost amounted to 75’000 CHF including furniture and solar plant. 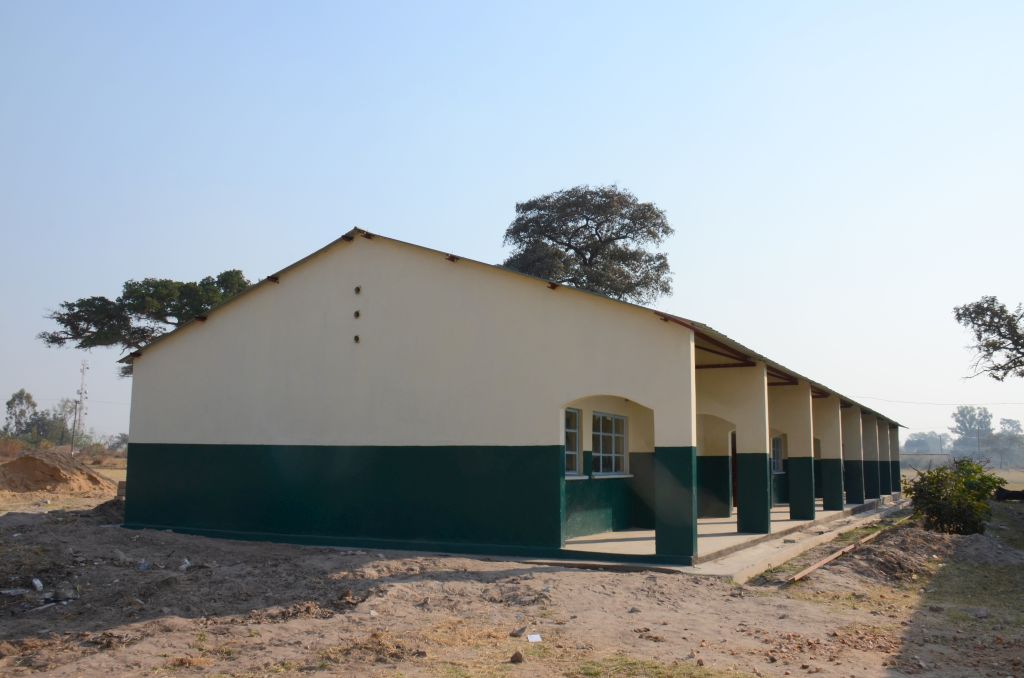 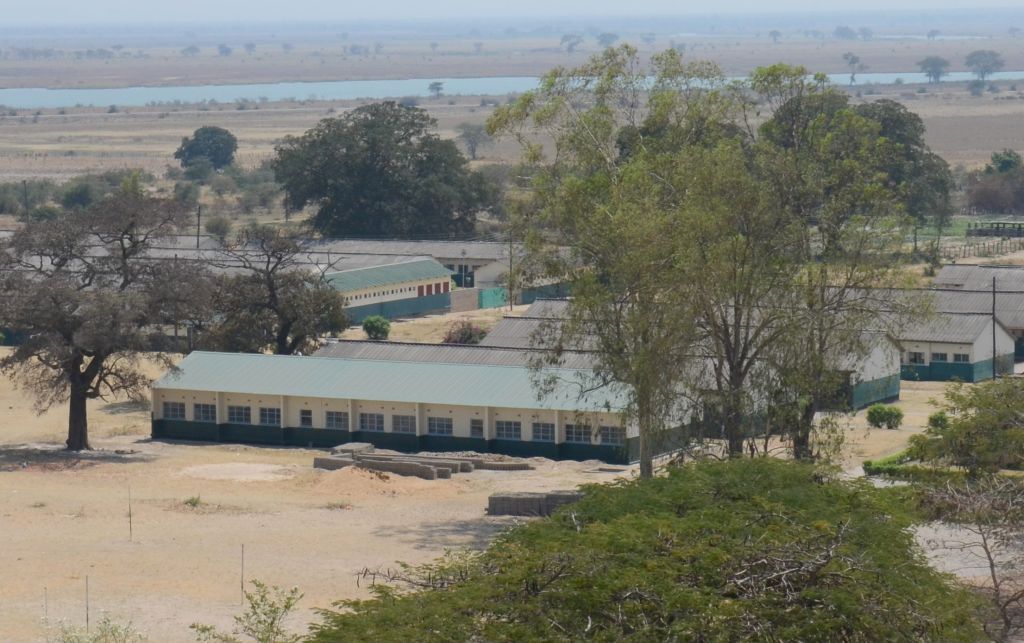 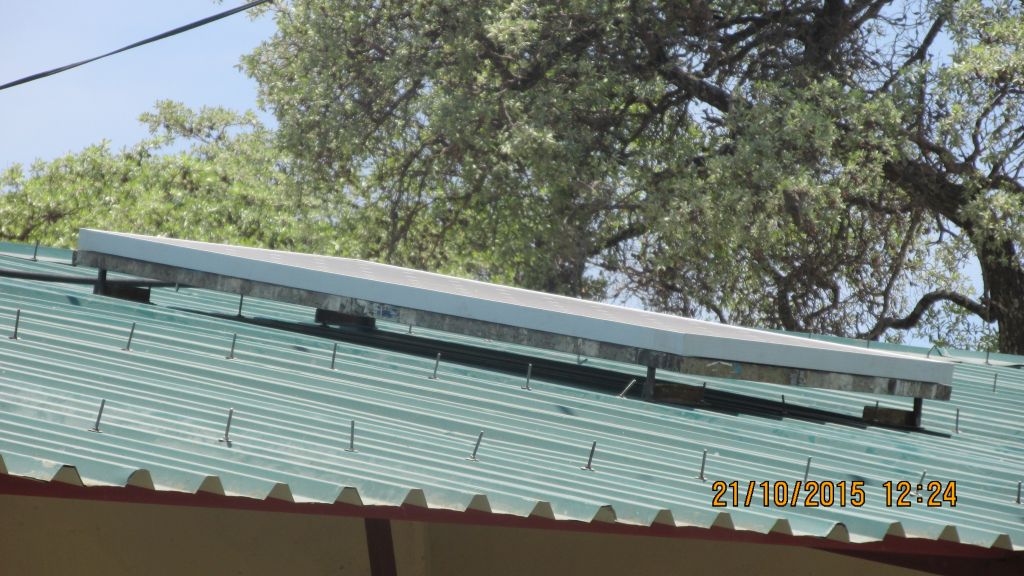 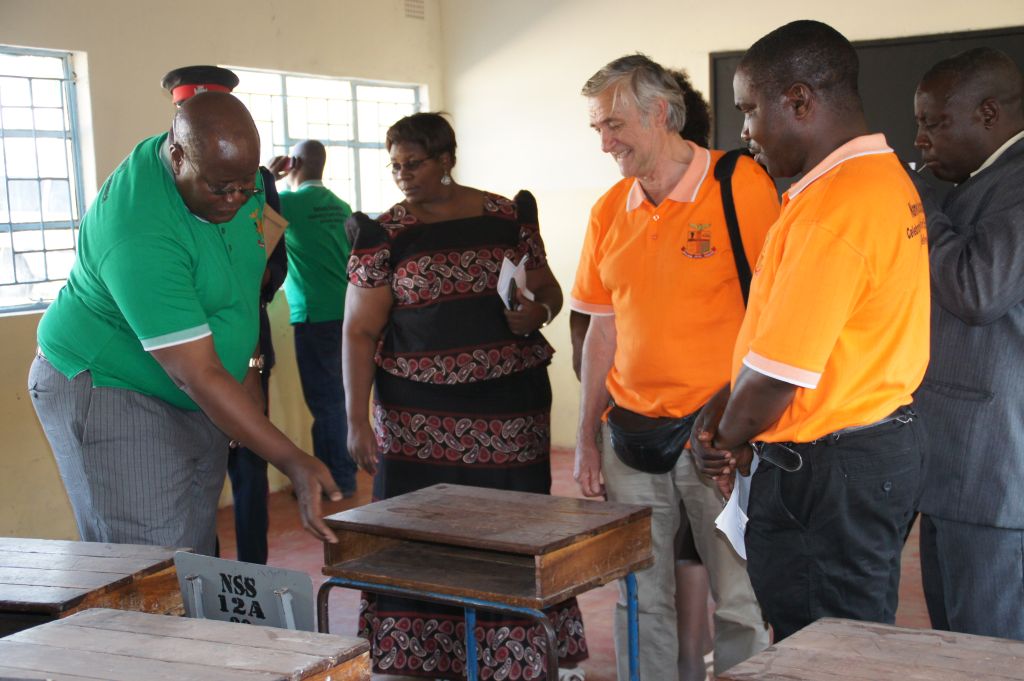 In the classrooms, there were still tables from the founding year and chairs made by Christopher Mukuwa. On the right principle Robinson Mulamfu 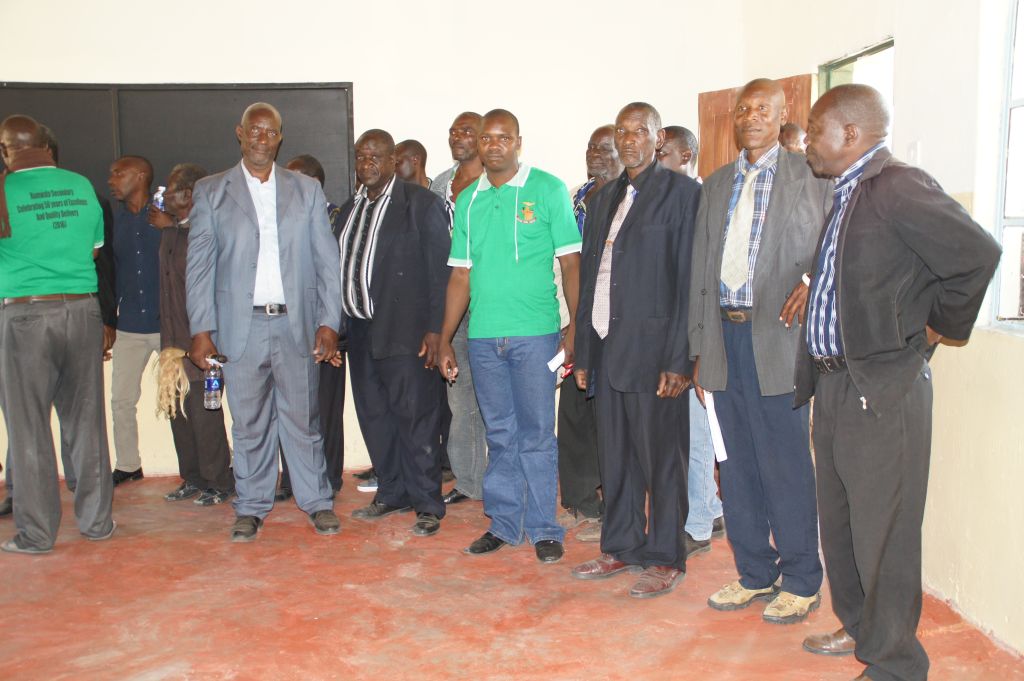 The invitees, which also included many traditional dignitaries like Chief Mungaila in the grey suit and chief Nalubamba, on the left with the green shirt, visited the new rooms