On the 3rd August 2016, Elizabeth Colson died aged 99. I stumbled upon her name for the first time in 1972, when I bought her book “The Organization of the Gwembe Tonga” in the UNZA bookstore before working at the Namwala Secondary School.
I first visited her in March 2016 on my way to Namwala, in Moorings, 12 km from Monze. I wanted to ask her advice for my Ila research. On my way back, I drove by her house again, this time together with my friend Alex Kaande. Whilst talking, we found out that the longtime chauffeur of Elizabeth, Mr. Shipoopa, and Alex’ father had worked for the district commissioner of Namwala, Mickey Chittenden, in the fifties and had made similar experiences with him as they were both Ila. Elizabeth Colson personally met Ila researcher Edwin W. Smith in 1950 and her bibliography on the Tonga people contains many references about the Ila people.
I have visited Elizabeth three more times in June and July, the last time with 11 students of my former school. I got to know her as a mentally very active person with a good sense of humour, who could impromptu cite sources and was still in contact with many people in her area of expertise, anthropology. She helped me a lot with my work.
On the facebookpage “Elizabeth Colson- June 15, 1917- August 3, 2016” it says: Elizabeth Colson, anthropologist, resident of Monze Zambia, died on the morning of 8/3/2016, while watching birds on her veranda. 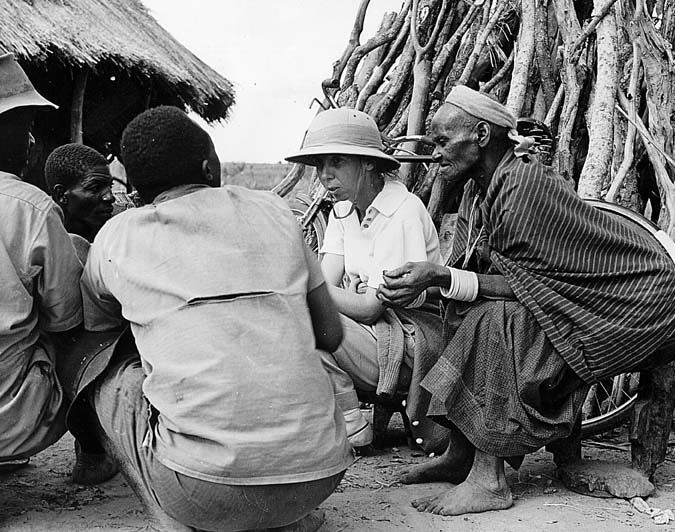 Elizabeth Colson during her work among the Tonga People 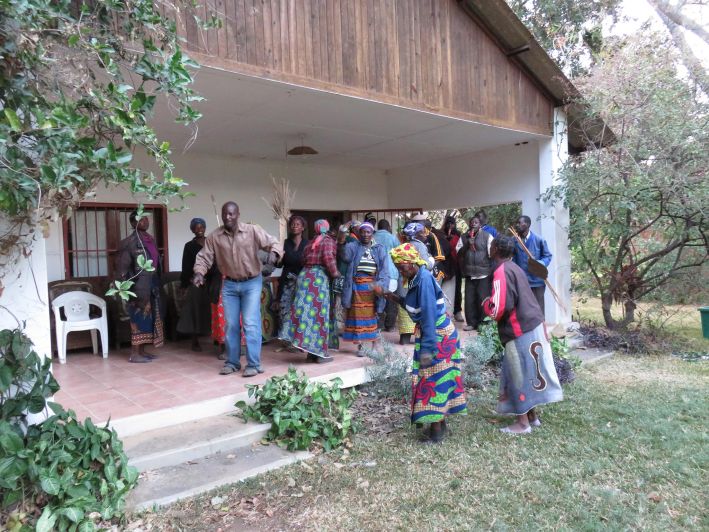 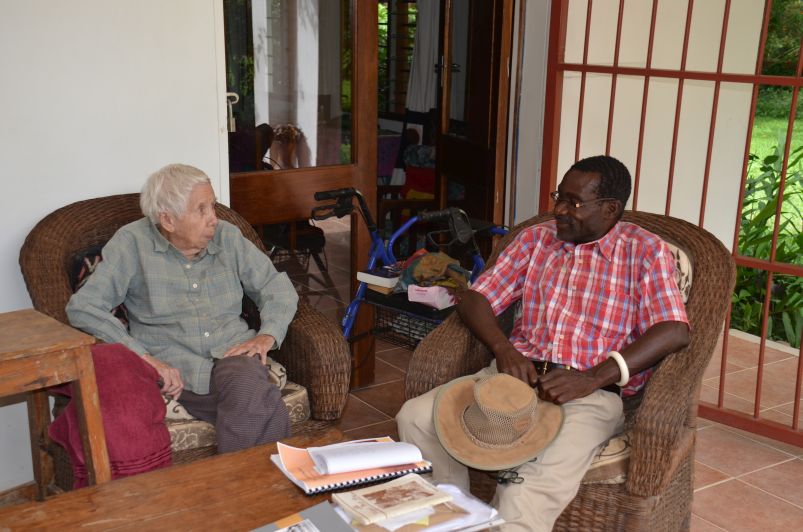 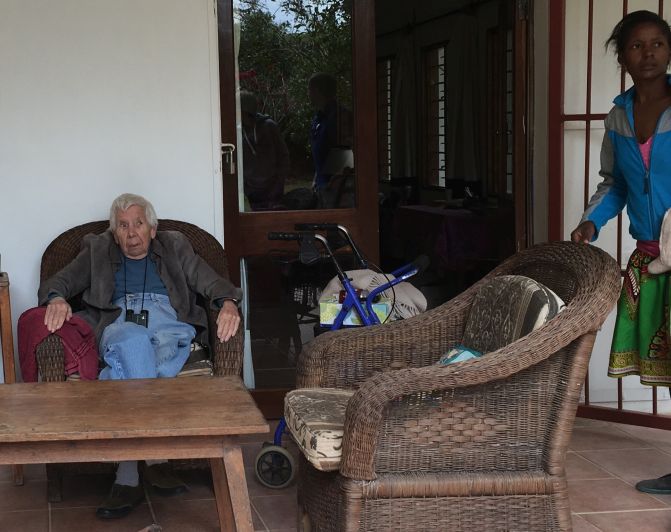 With Erica, her household help