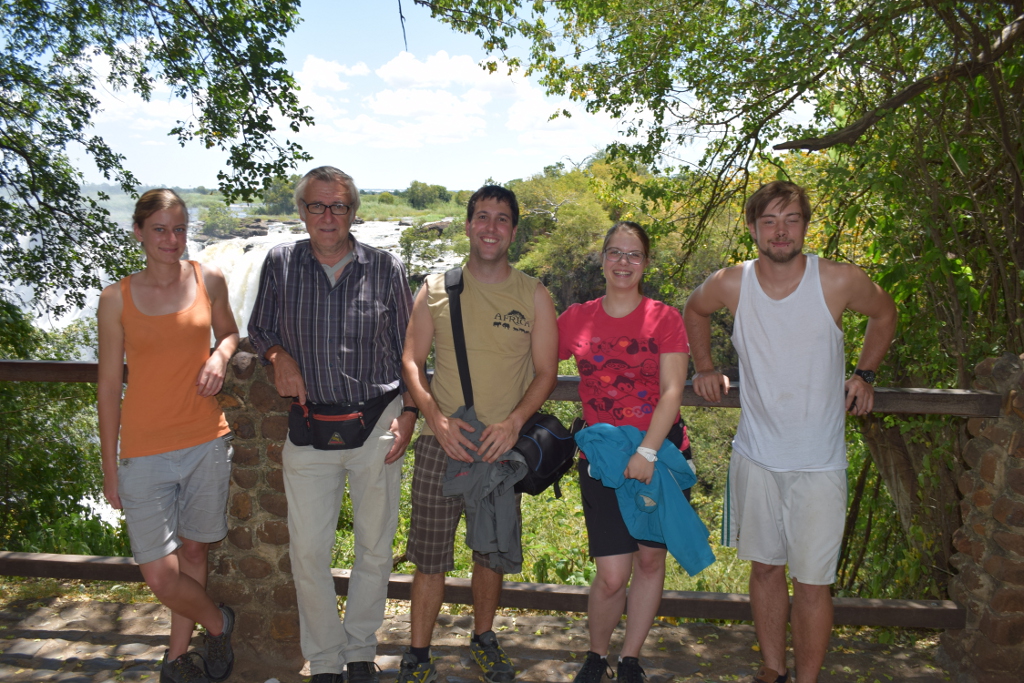 It was a fascinating time. Here is a factual report from Hannes.

1. A contribution to the maintenance of the school by Elias Klaey and Andreas Moor
For two weeks Andreas repaired and extended the lights in the kitchen, dining hall and assembly hall, partly with the help of the school caretaker George Mubiana and Elias. Additionally, he checked the cooking pots and installed the power backup system for the 1×3 classroom block, again together with George and Elias.
Elias painted the metal sheets he mounted last year, welded parts of the roof construction for the new 1×3 classroom block and worked on the new school furniture.

2. A study of the water quality in the Namwala area made by Christiane Krentscher
Christiane took 60 water samples from 21 places in the Namwala area. This was part of her bachelor degree in Environmental System Sciences at the ETH in Zurich. Her report will be published later on. Christiane did part of her work together with Dalphine Mwiinga, a former pupil of Namwala Secondary School, now a student in Environmental Health Sciences at the University of Zambia.

3. A study of Religion and Religious Education in Namwala by Ariane Albisser
Ariane studied the Religious Education Syllabus of Zambia, visited and taught classes. She interviewed a number of Christian clergymen, attended religious services and did Bible reading. It was a part of her master degree in Theology at the University of Zurich. 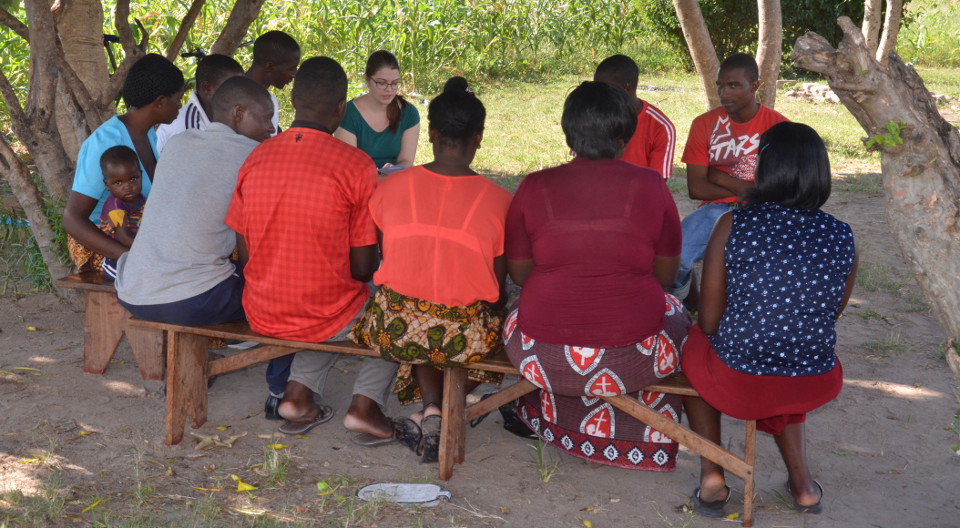 4. The Mathematics workshop at Namwala, Kasenga and Niko
In three secondary schools in the Namwala district I carried out a Mathematics Workshop, based on my experiences during last year’s Workshop in Namwala. I tried to show a method of how to cope with classes with up to 68 pupils who have no textbooks. For this reason I copied the exercises from the textbook and grouped them per chapter on two A4 sides and laminated them. I did the same for the solutions. Every pupil received these two laminated sheets. After the new topic was explained, the pupils were immediately able to start doing their exercises instead of copying the exercises from the blackboard, and the teacher could immediately start helping them, instead of writing the exercises on the blackboard. Additionally, the pupils could correct their exercises themselves and the teacher had only to come when they had questions. This way the pupils had more time to do exercises and the teacher had more time to help them. A set of laminated sheets not only costs less than a set of textbooks, it also lasts longer. All schools wanted to implement this system in the future.

6. Maintenance work at the school

I think that more staff should be responsible for the maintenance. Neglecting the maintenance costs more. It could make sense to pay somebody from outside for a certain job to be done (e.g. for each repaired window a fix amount), instead of employing an additional caretaker.

8. The cooperation between Namwala Secondary School and the Namwala Friends Association
The Namstift committee in Namwala should be reactivated. Alex Kaande, Banji Lumamba, Maureen Chate and Elisabeth Michello have to be replaced. Besides Christopher Mukuwa I propose Mr. Joseph Mudenda because he is in charge of the vulnerable pupils, and one or two other teachers.

9. Cultural heritage of the Baila
The Choma Museum plans to extend its exhibition with the history of the Baila. I met the director of this museum and drew her attention to the publications on our website. She showed a lot of interest and promised to keep in touch. On behalf of Chief Mukobela she gave me a copy of the video of the Shikaumpa Ceremony so that I can make a photo book with this material. I also talked to the District Educational Secretary, Patrick Muma, about an Ila Cultural Center. He is keeping the PDF files of a number of publications about the Ila people and promised to bring this to the attention of the local people.