On the 27th of February, we received news from Namwala, that there was a sewage pipe burst behind the auditorium. The sludge was leaking into the landscape. Quick action was imperative due to great health risks associated with the leakage, which is why closing of the school was an immediate threat. The same day, Thomas Phiri (picture on top left), the local contractor, was instructed to repair the leak. Three days later, the construction material arrived from Choma and the repairs began. As it was still rainy season, the canals kept on being flooded and the work had to be interrupted in order to empty the canals using buckets (picture on top right). In total, 180m of pipes were laid and seven canalisation holes (picture on the bottom centre) were dug. On the 14th of March, so 14 days after the news had arrived, the new pipes were ready to be put into operation. Luckily, the pipes were supposed to replaced anyways in the second half of the year as part of the new toilet and shower facilities in the boys’ section. Cost Fr. 6’000. 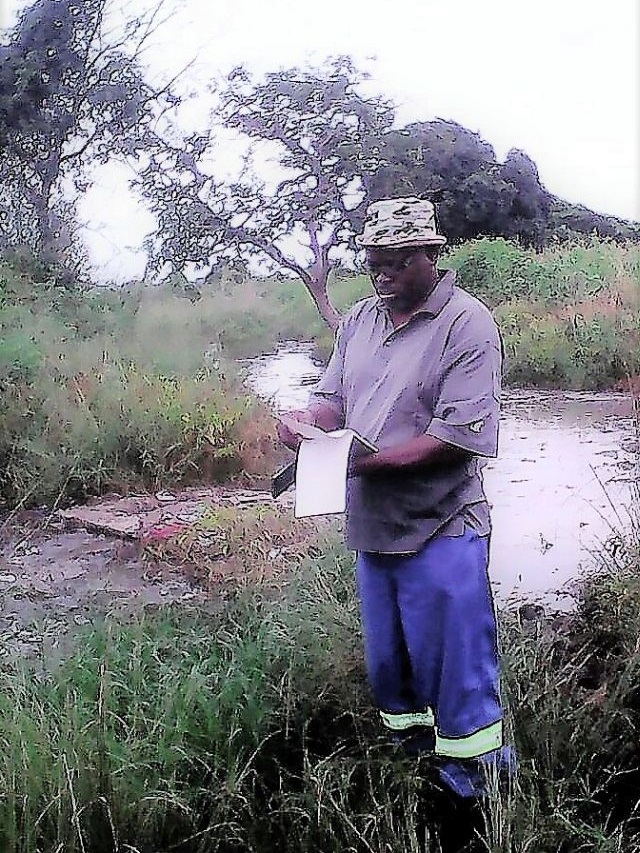 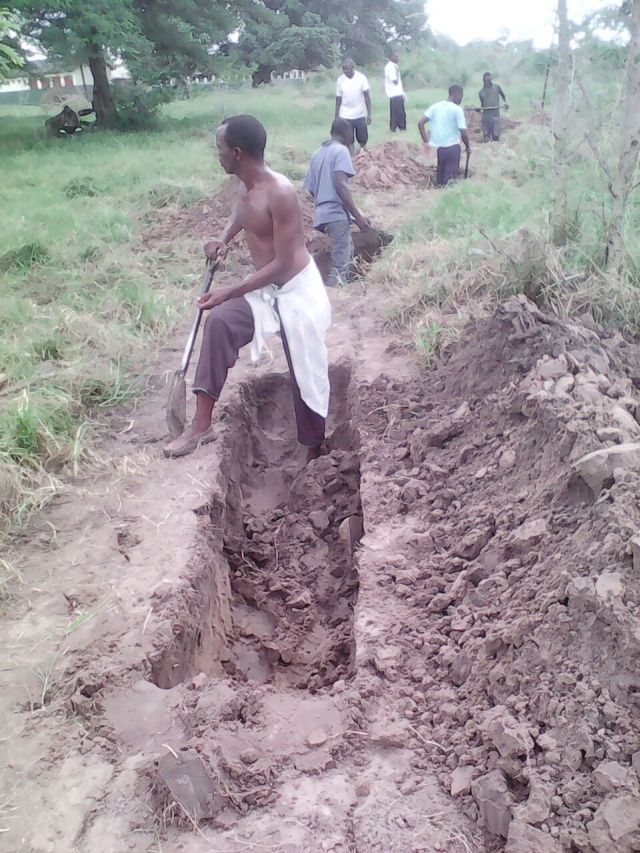 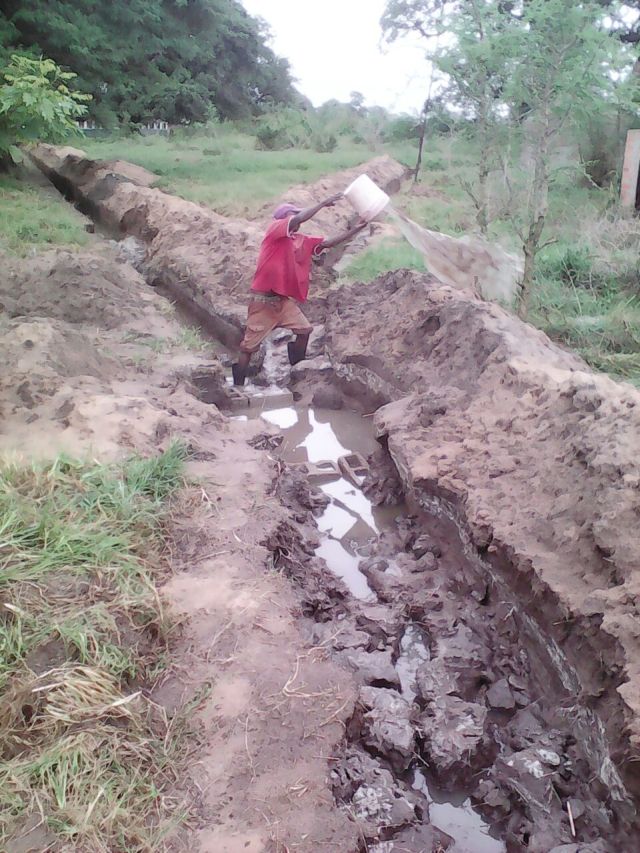 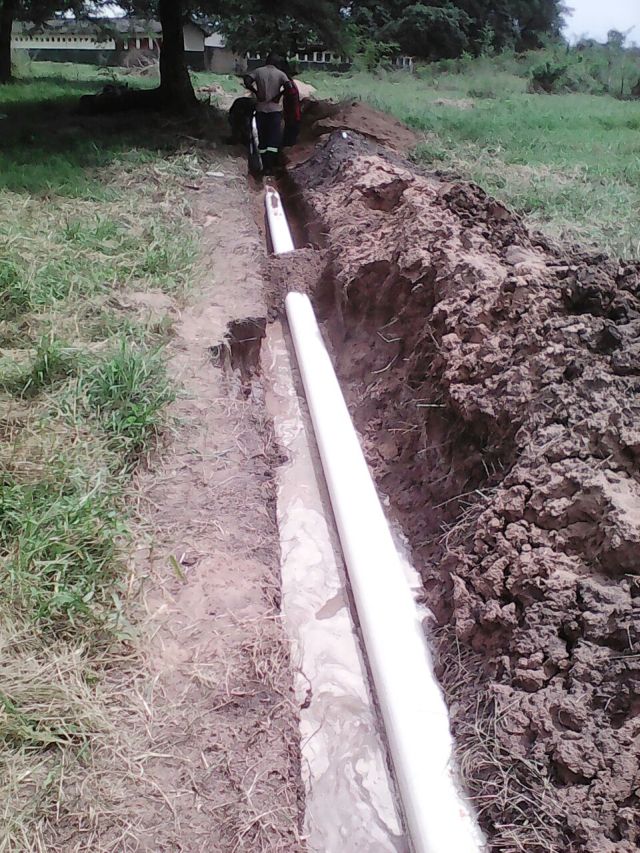 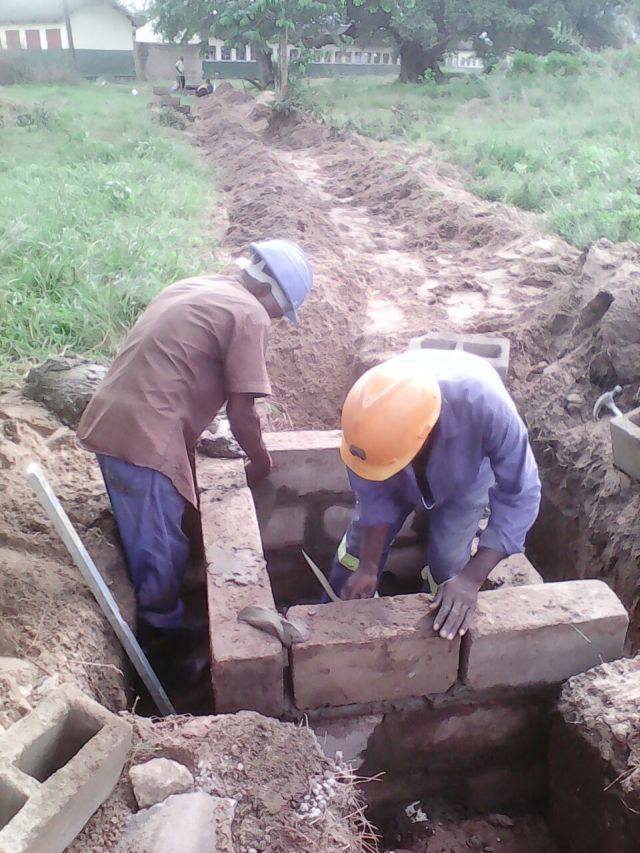 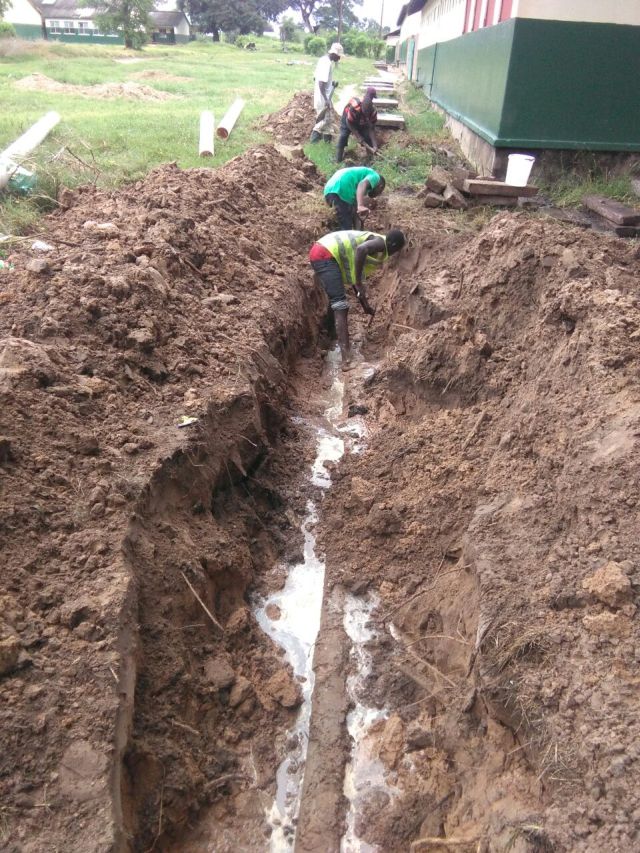