Mary (Light) Meader and Richard Light, heirs of the Upjohn Company Fortune, became famous world-wide with their unprecedented aerial pictures which they took during a 55 000 km long flight in South America and Africa. They took the earliest photographs of the Nasca lines in Peru. Their 223 African pictures were published in the book «Focus on Africa». Some pictures were taken in Zambia, in particular in the Namwala area. These pictures are like a supplement of the book «The Ila Speaking People of Northern Rhodesia» by Smith and Dale which was published in 1920. They also make one aware of how much has changed since that time and how much is still maintained.

Original Text of Meader/Light: December 4, 1937. Namwala, N. Rhodesia: A general view of the little administrative post. This contains the district commissioner (then L. F. Leversedge and his wife and child), and a veterinary officer and his wife. There is also a Greek trader. The district commissioner’s house is the one nearest to the camera and a group of natives, mostly prisoners, occupy the huts in the central portion of the community. The Kafue River is on the right and the airport (a narrow, soft, sandy, landing strip) is on the upper left. These people are rather isolated from civilisation. All told in this district there are only 15 white people and their nearest communication is by a poor track to the railroad about 100 miles away. Three months of the year this is impassable and they are shut off from the rest of the world, except for when native runners manage to wade and swim through the morass created by the rain. At this time the Kafue River rises some 20 to 25 feet and all but floods out the little knoll on which they are living. 3700 feet, 7 :50h.
Since the building of the Itezhi Tezhi dam the level is not this high any more. On the lower right one finds the site where the school was built 30 years later. Some details can still be found nowadays in Namwala: the tree alley in the middle of the picture. The house of the district commissioner in the foreground is still his residence. The airstrip also still exists. 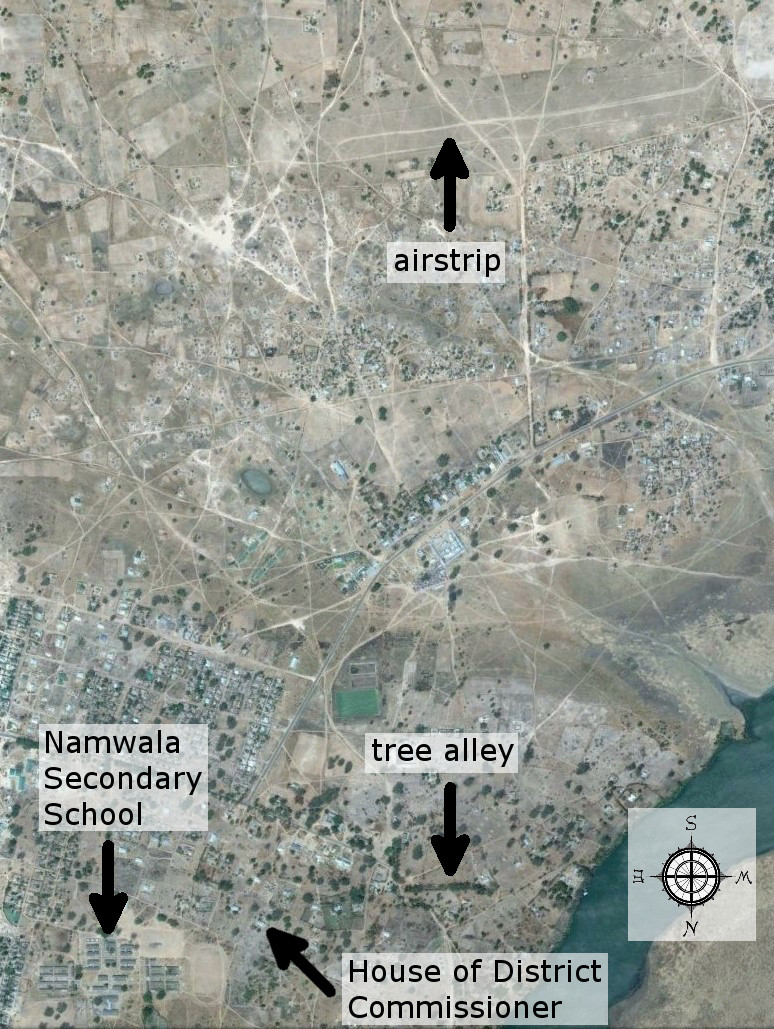 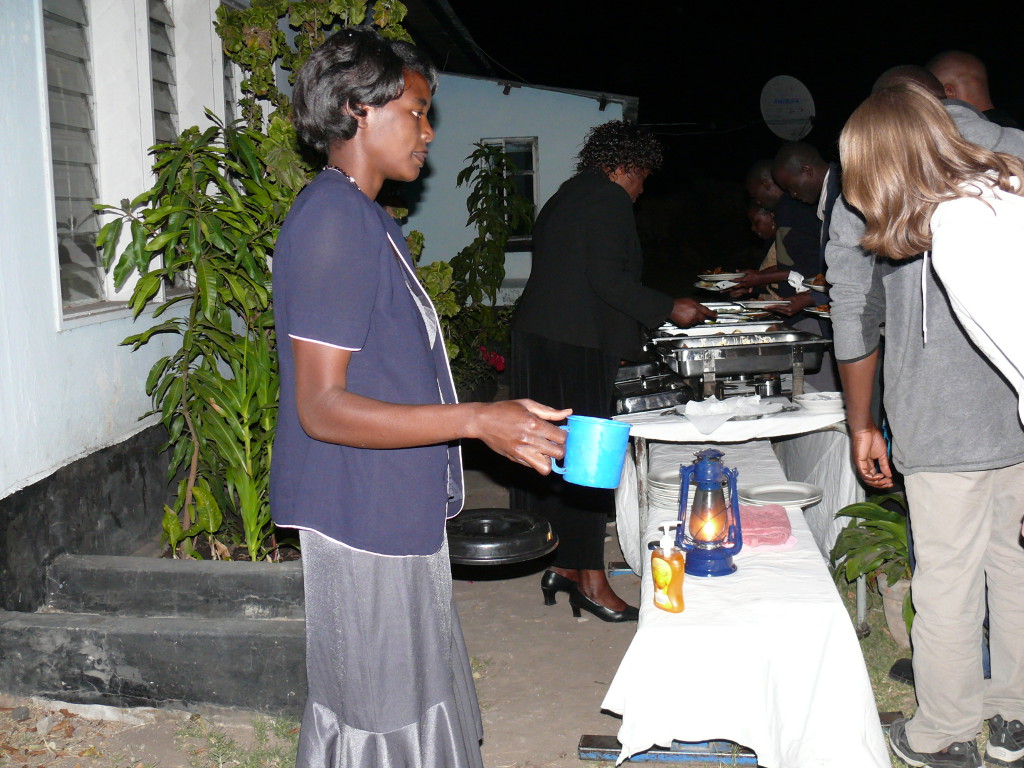 At the house of District Commissioner 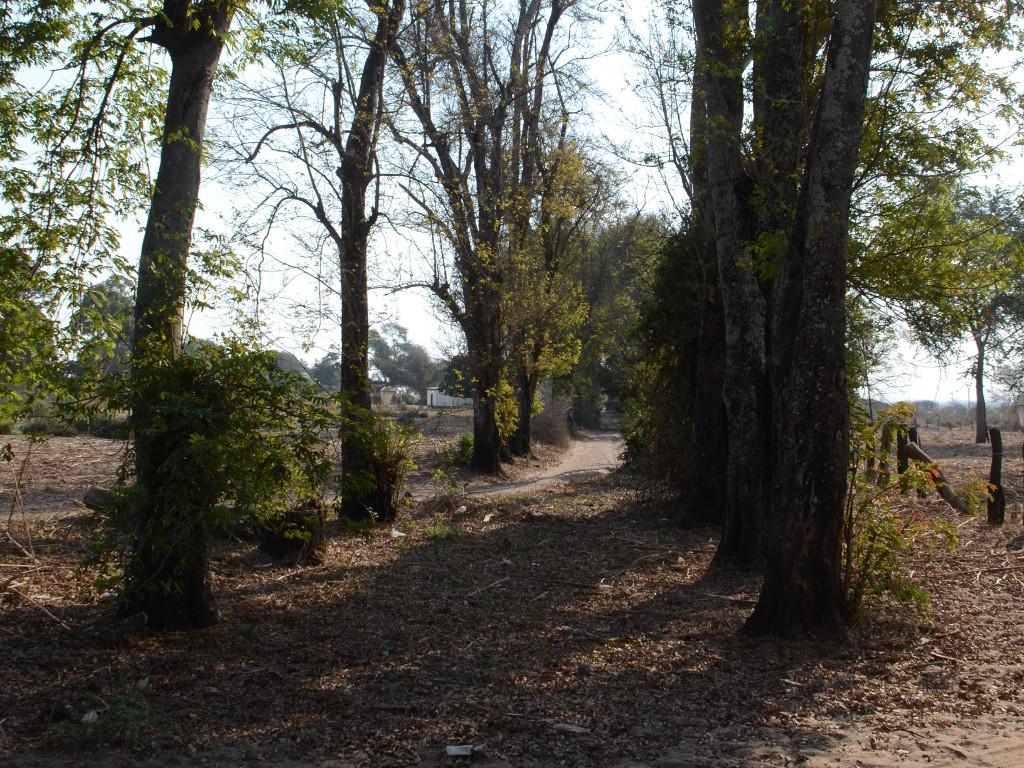 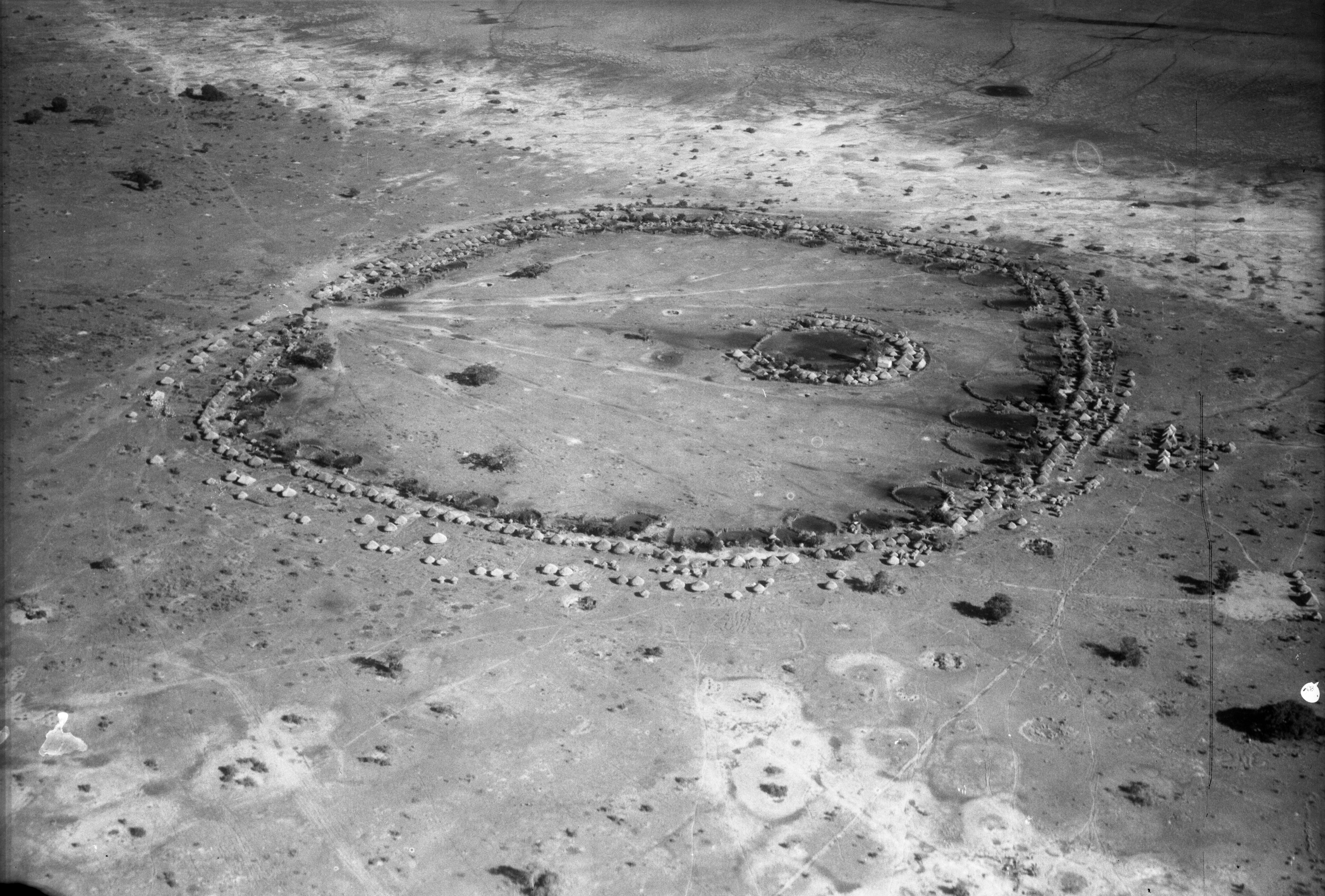 Original Text of Meader/Light: December 4, 1937. Chief Mukobela’s village (4 miles west of Namwala), N. Rhodesia: A large village of the Ba Ila people on the Kafue River. This village has about 2000 inhabitants and has nearly a thousand huts. It is constructed in the form of a circle with the entrance on the down-wind side so that the cattle (5000!) do not bury the place under dust when they come in. The kitchens, the dwelling huts and a stockade are on the outside of the ring, and around the inner edge of the big circle are a series of cattle kraals. The small circle in the middle is the chief’s stockade. 4300 feet. 07:45.

Original Text of Meader/Light: December 4, 1937. Chief Mukobela’s village (4 miles west of Namwala), N. Rhodesia: The chief’s stockade (palace) seen at close range. Here the huts form a horseshoe and are protected externally by a stockade. There is a house for each of the chief’s wives and a building of European construction for the chief himself. His personally owned cattle occupy the large kraal which is partly enclosed by the ring of huts. 3700 feet. 07:45. 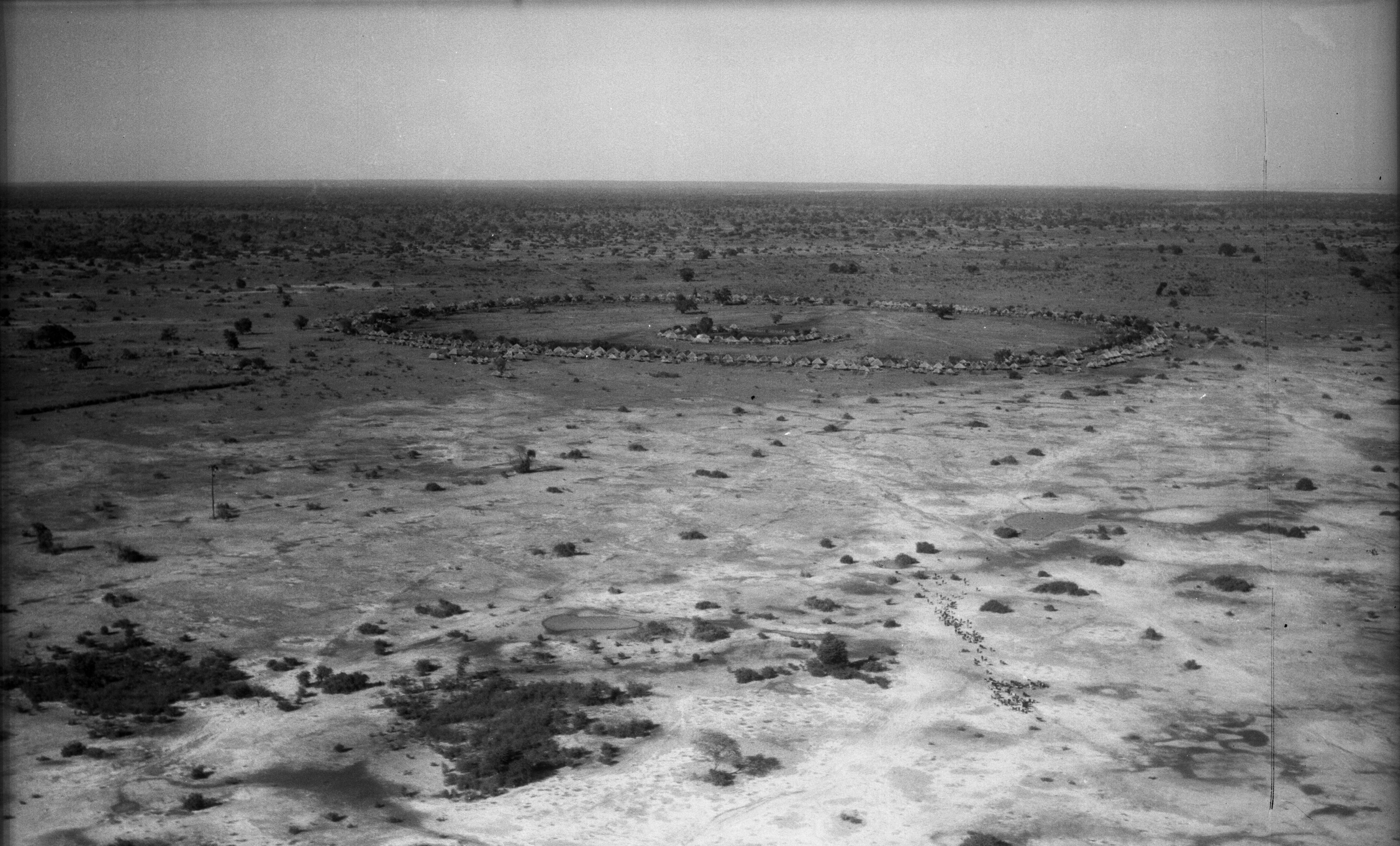 Original Text of Meader/Light: December 4, 1937. Chief Mukobela’s village (4 miles west of Namwala), N. Rhodesia: Chief Mukobela’s village seen from a distance. A herd of cattle is being driven towards the enclosure. At the entrance to this remarkable village are two spirit groves, which stand guard over those who enter and prevent bad elements from damaging the tribe. 3400 feet. 07:47.
This religious practice still exists in Baambwe, the village of the present Chief Mukobela, 10 miles east of Namwala. See the three pictures below: 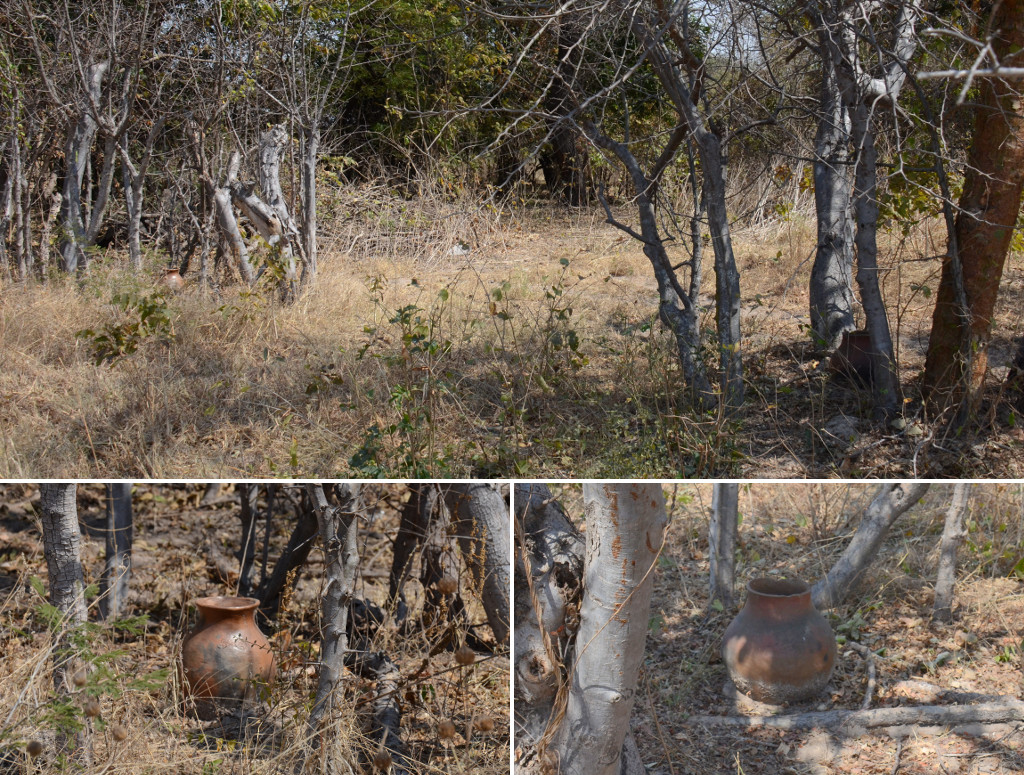 Smith and Dale made a sketch of the Ila-villages. The resemblance with the pictures 25 years later are remarkable. 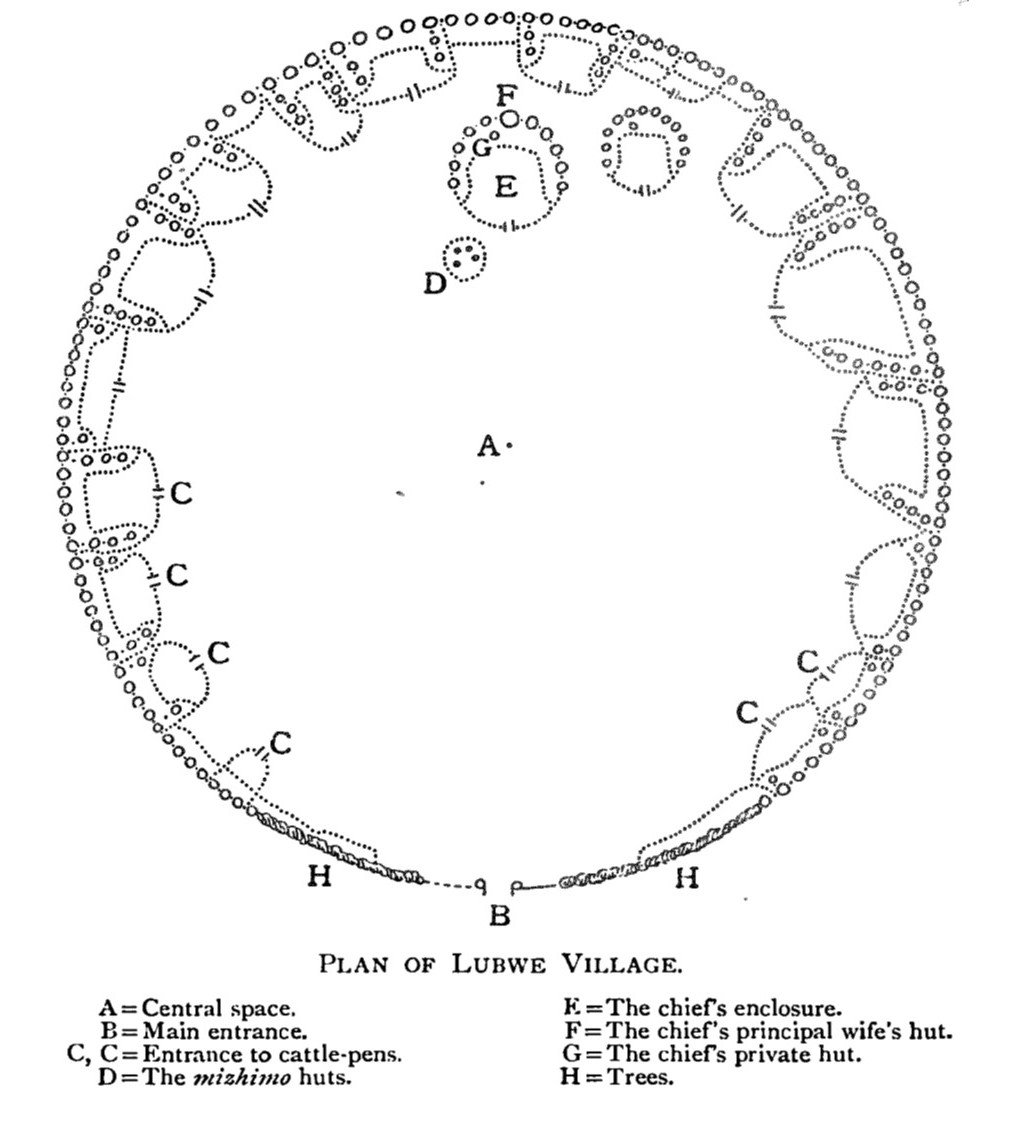 Nowadays the villages are no longer built like this because its protective function, especially against lions, is no longer needed. In those days lions were a constant threat. However, the pictures throw an interesting light on the history of the Baila. 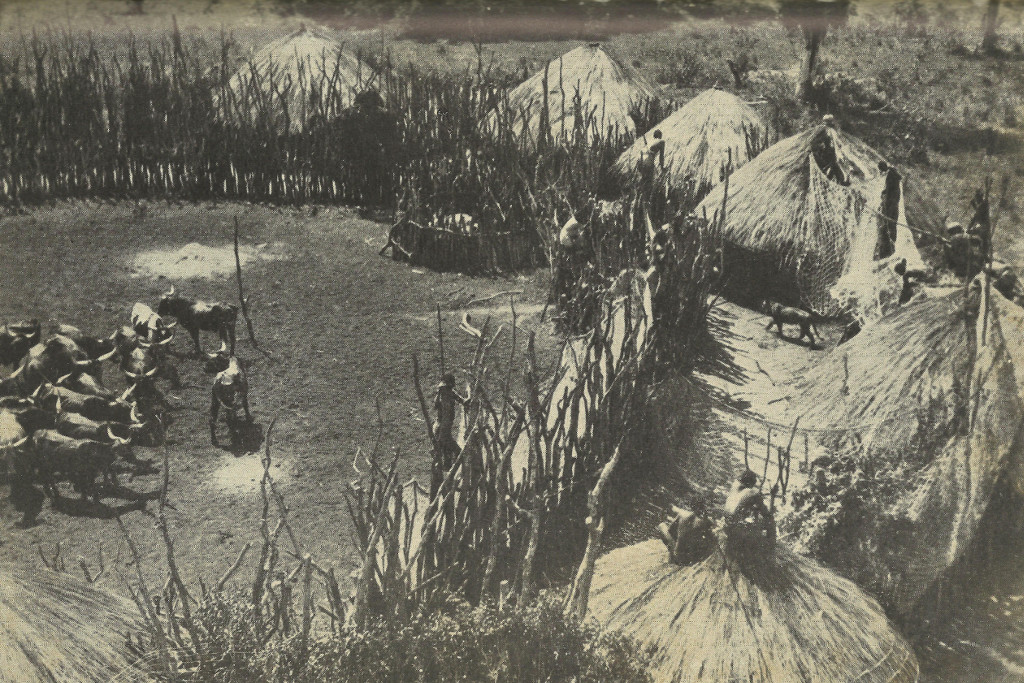 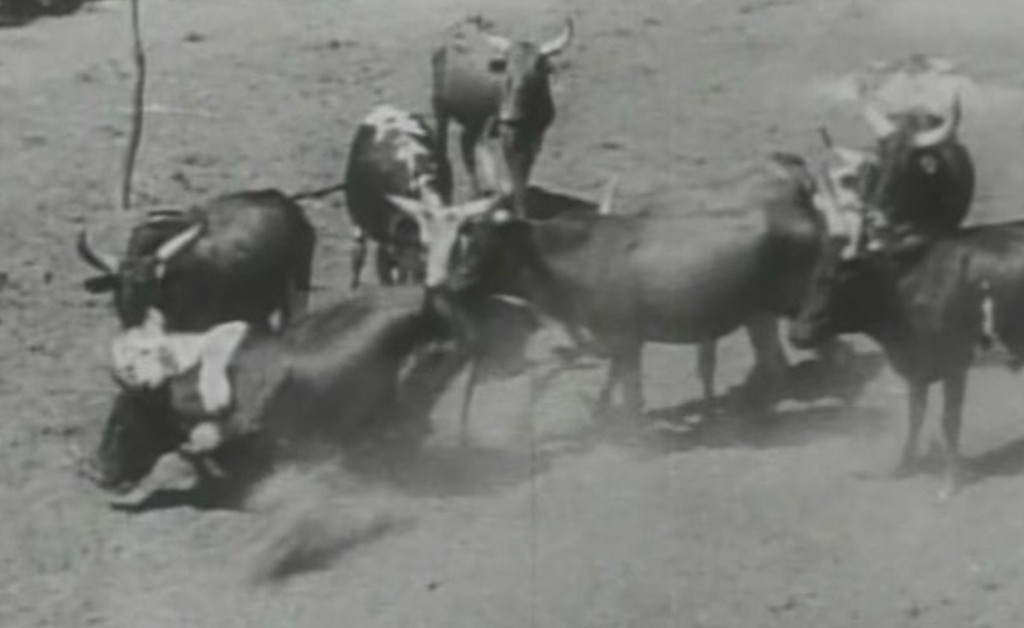 From the movie Untamed Africa

These pictures are from the movie «Untamed Africa» (1933) von Wynant Davis Hubbard, who lived a few years near Maala. It shows the typical circular arrangment of the huts and the threat by the lions. On the upper right one sees a lioness, which locals try to catch with their nets. 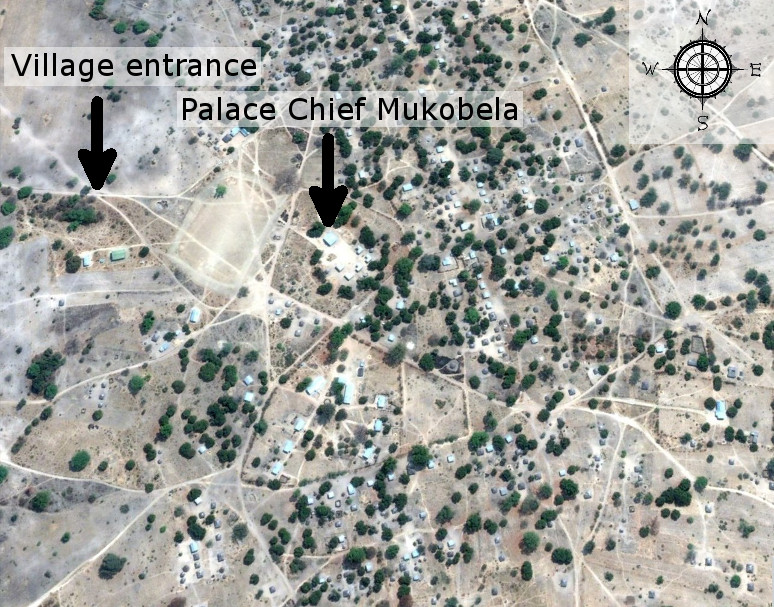 Meader and Light also took pictures of the Kafue flats, directly north of Namwala. They show an abundant game population, which explains the large number of lions. 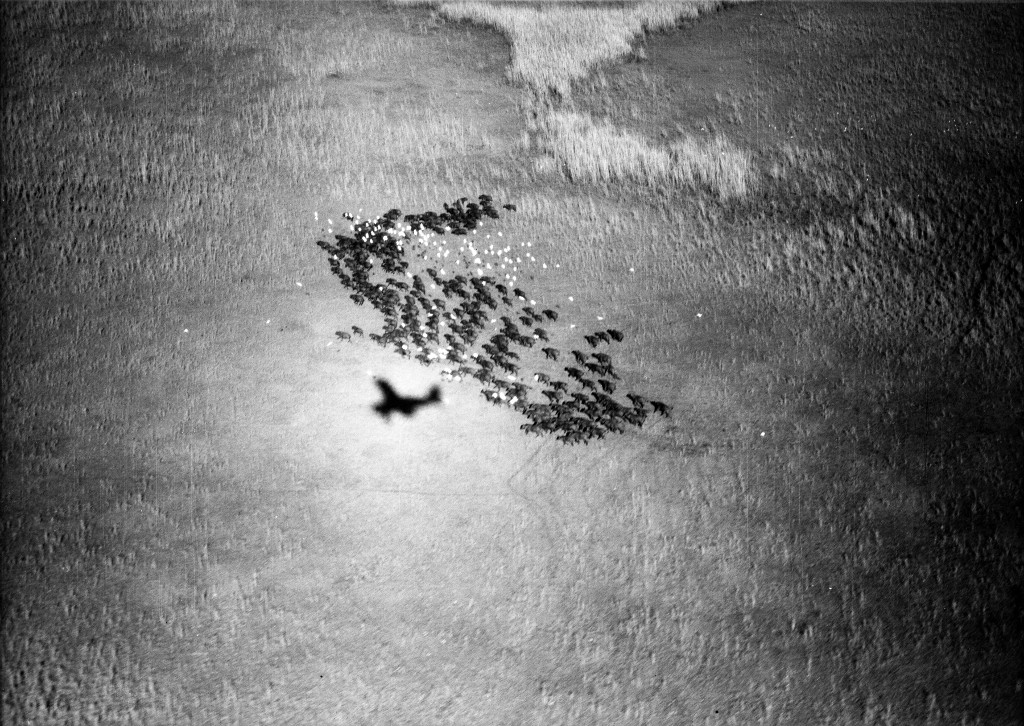 Original Text of Meader/Light: December 4, 1937. Kafue Flats: A closely grouped herd of buffalo moving out slowly as the shadow of the airplane crosses them. Numerous tick birds (cattle heron) hover above the animals. 3600 feet. 07:15h. 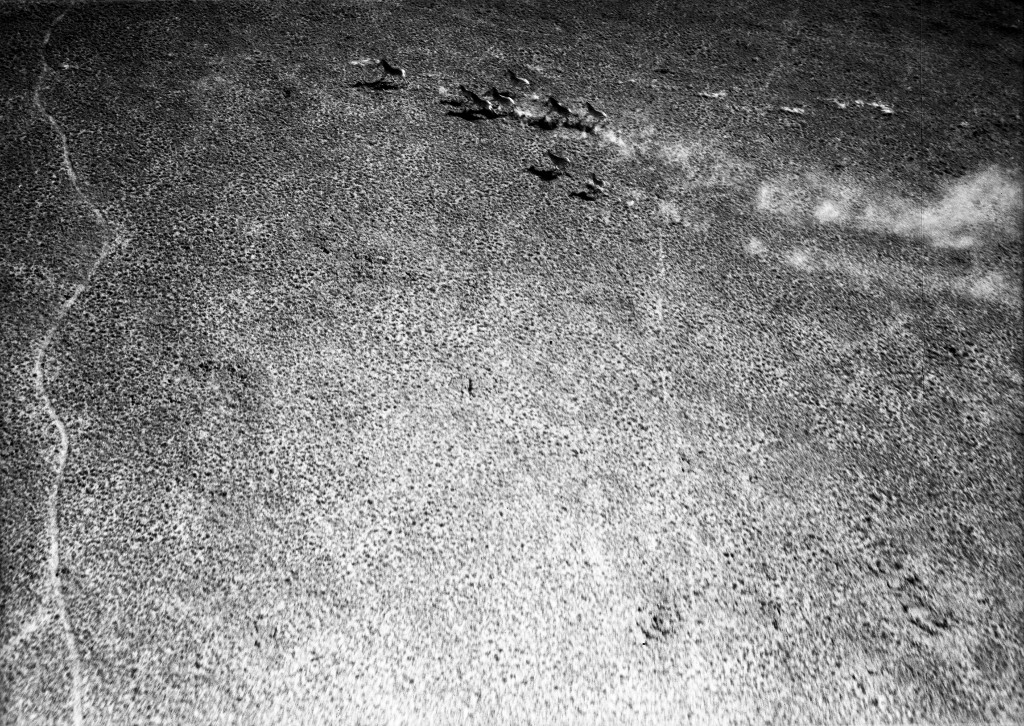 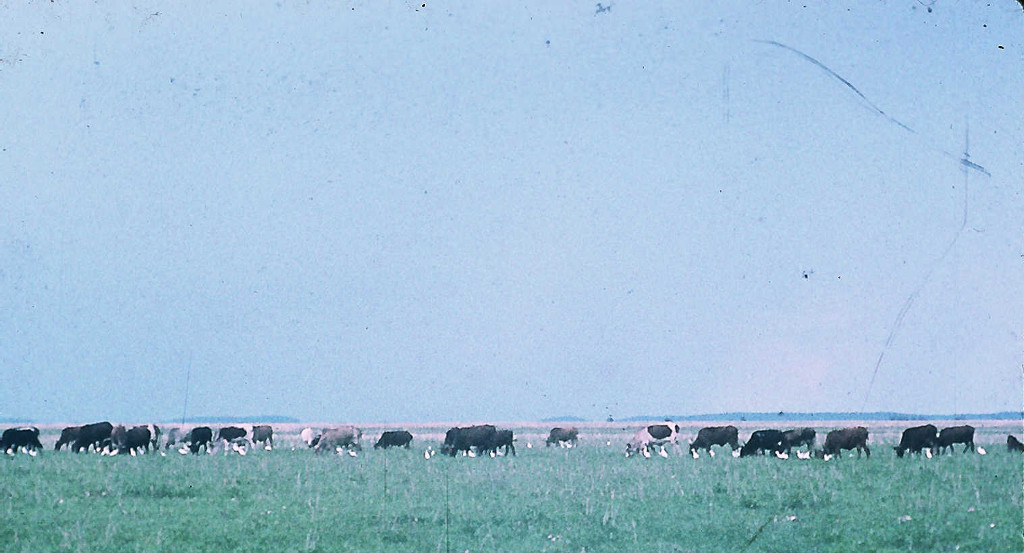 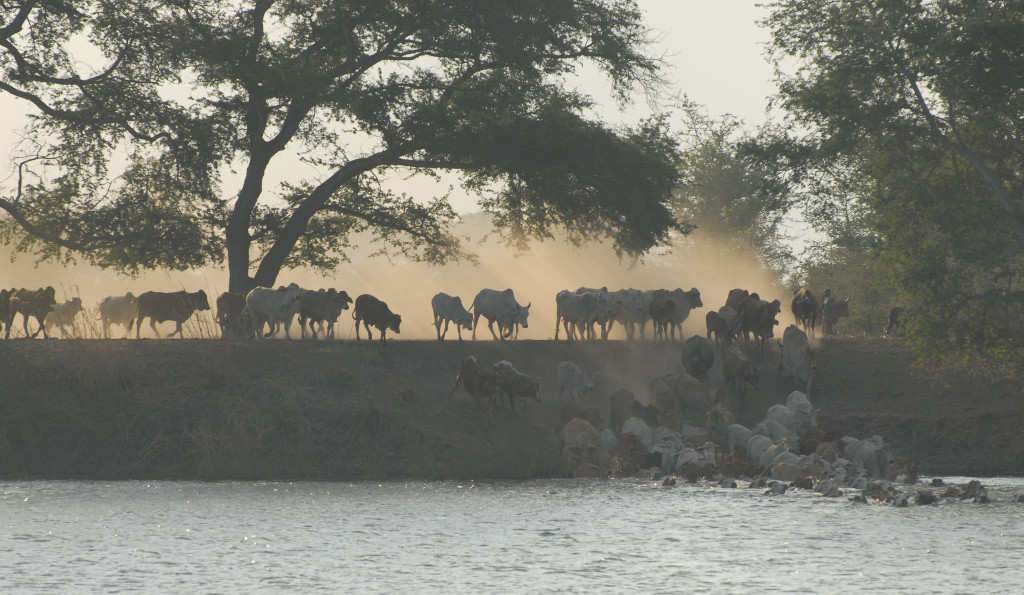 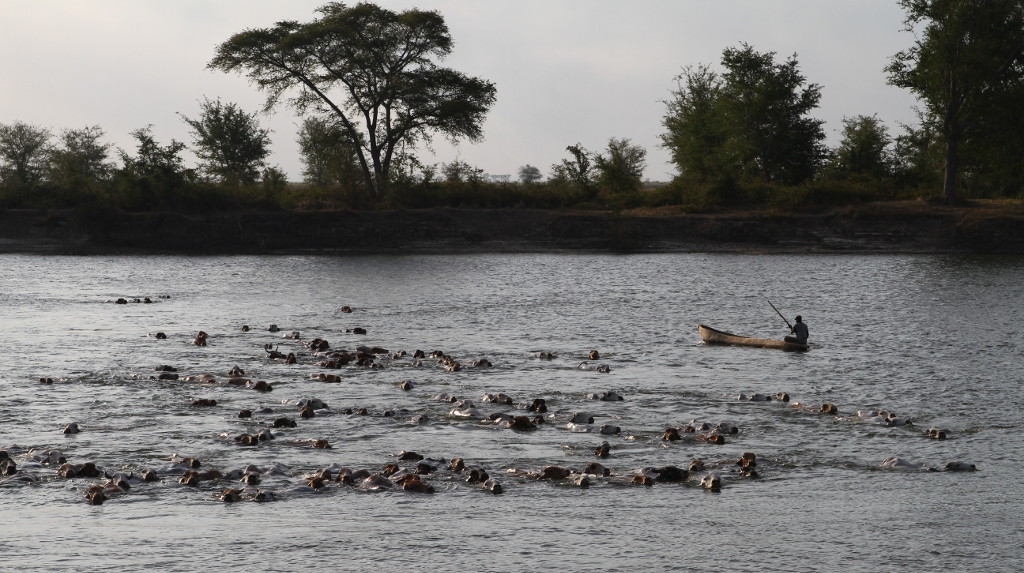 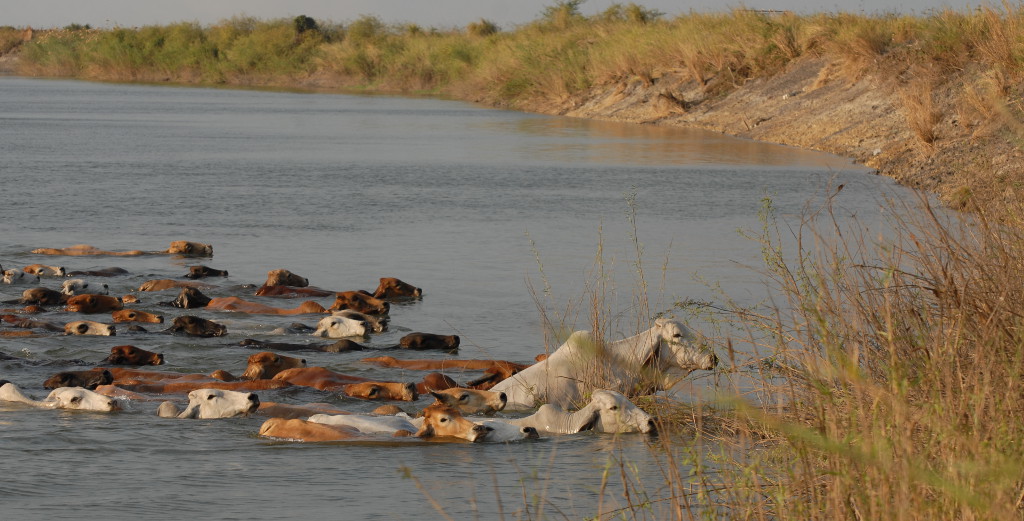 Mary Light Meader and Richard Light landed on the sandy airstrip of Namwala and took pictures of life in the villages. These photographs could have been taken recently in the Namwala District resp in Zambia. 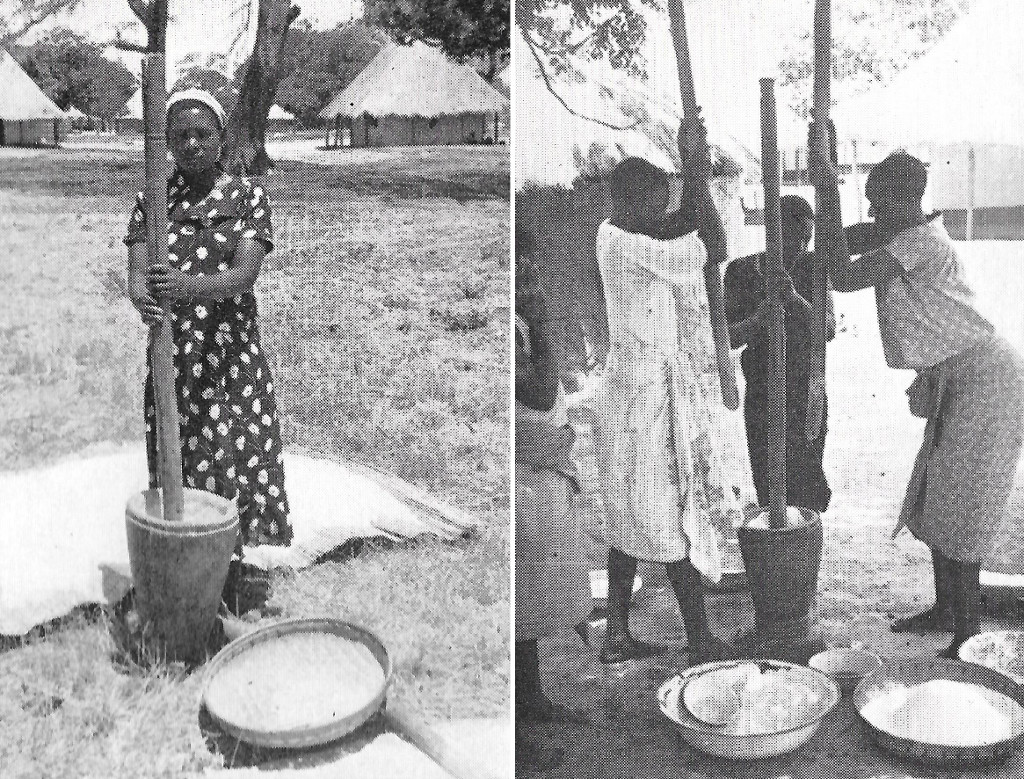 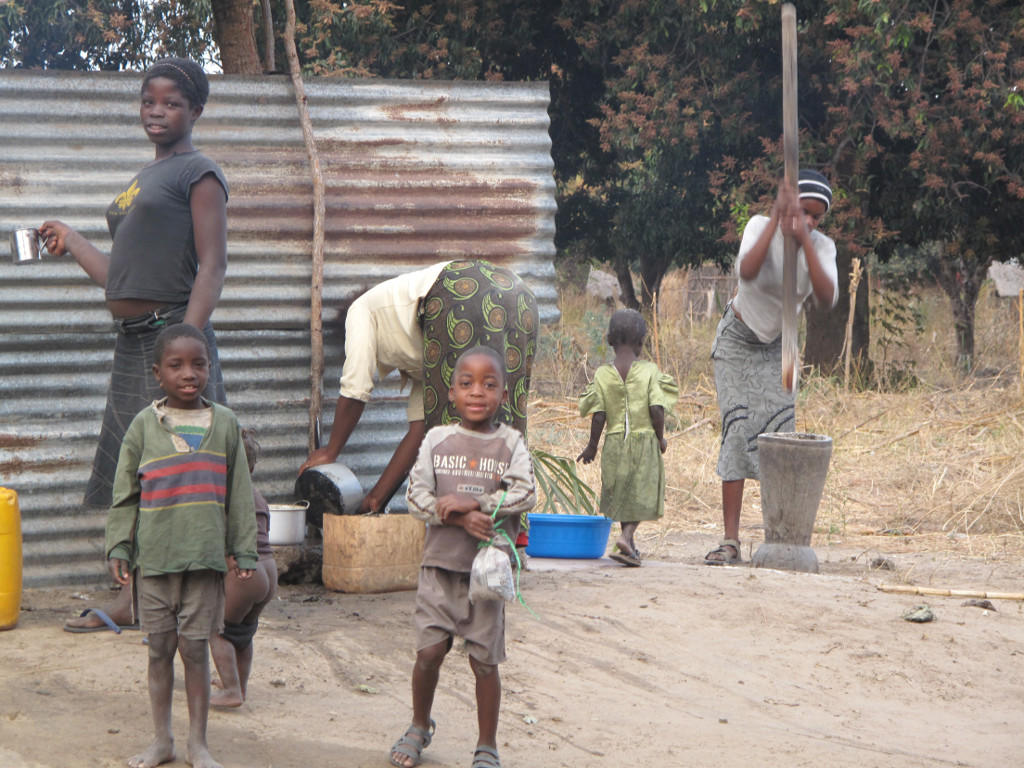 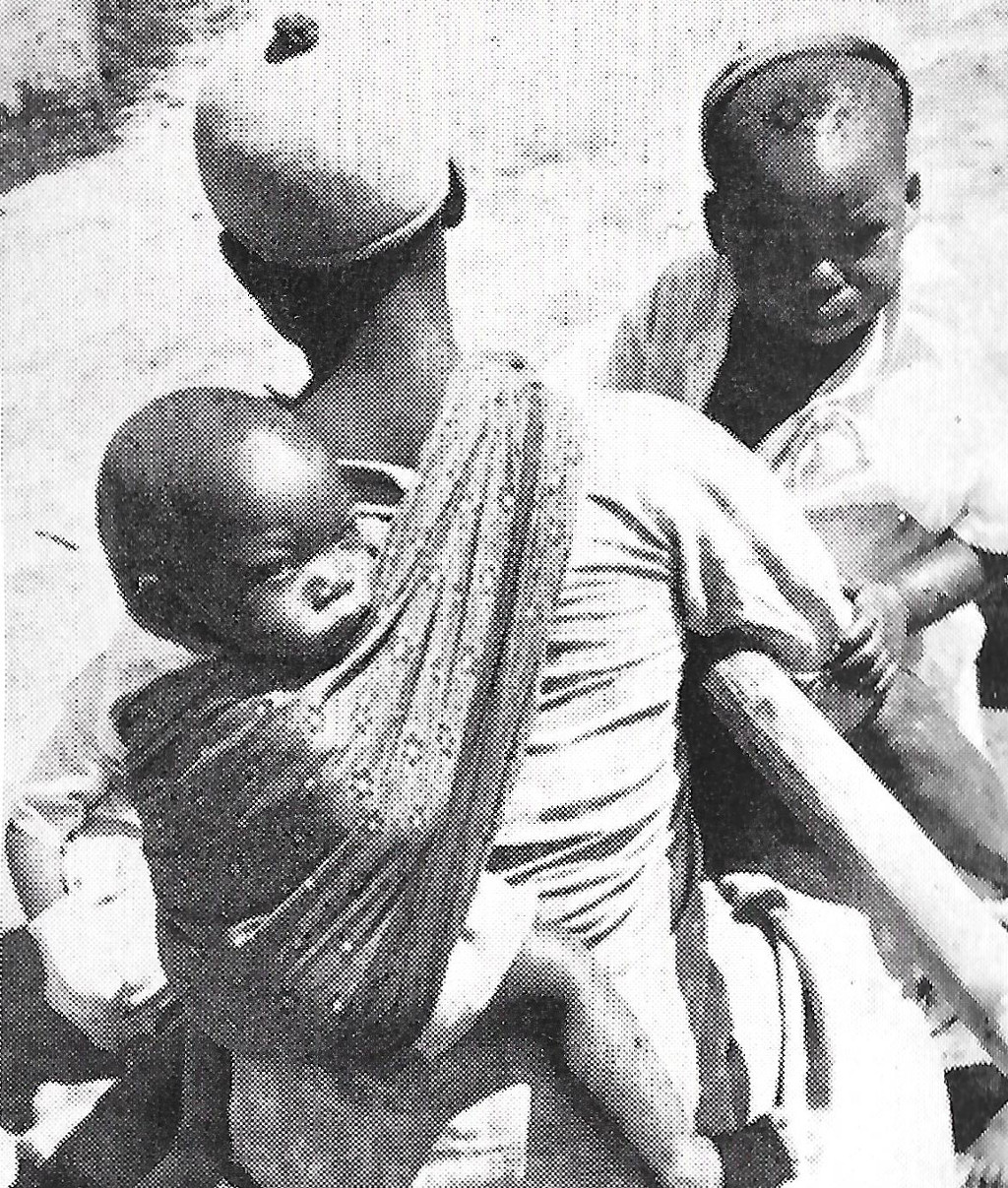 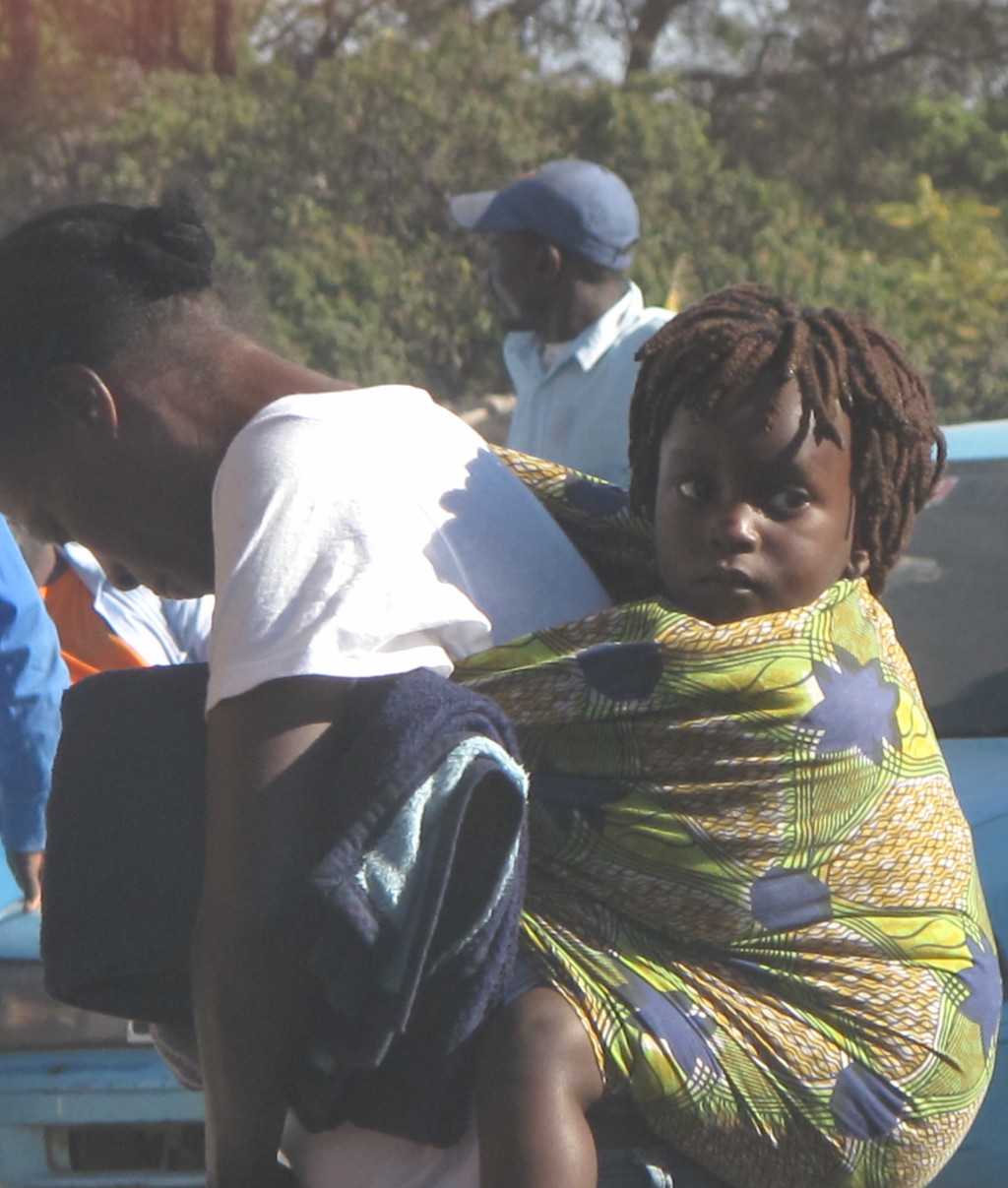 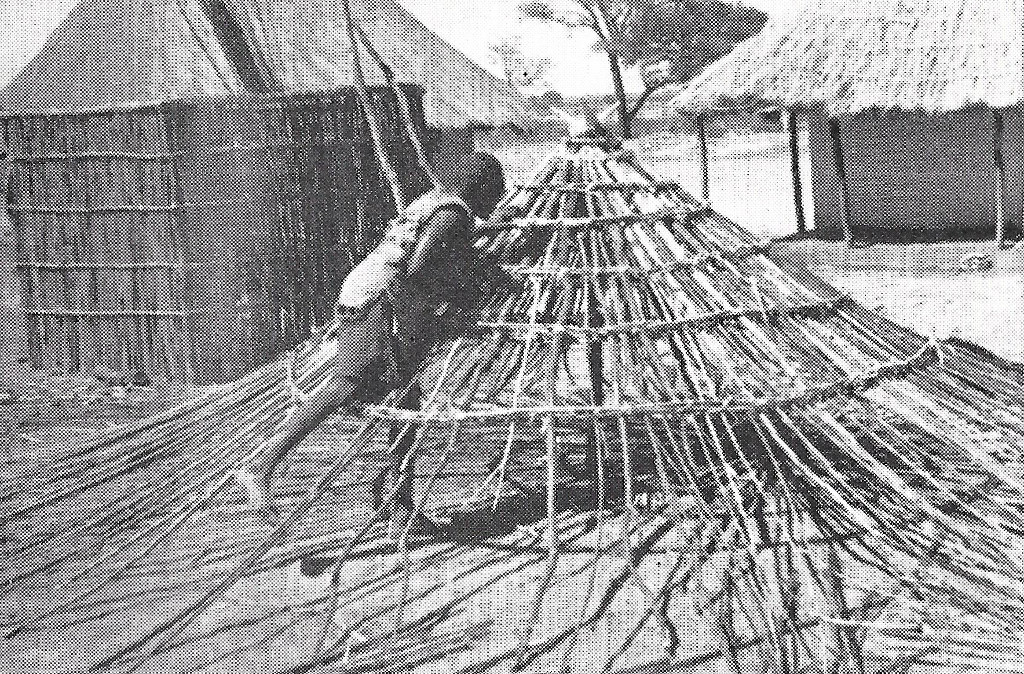 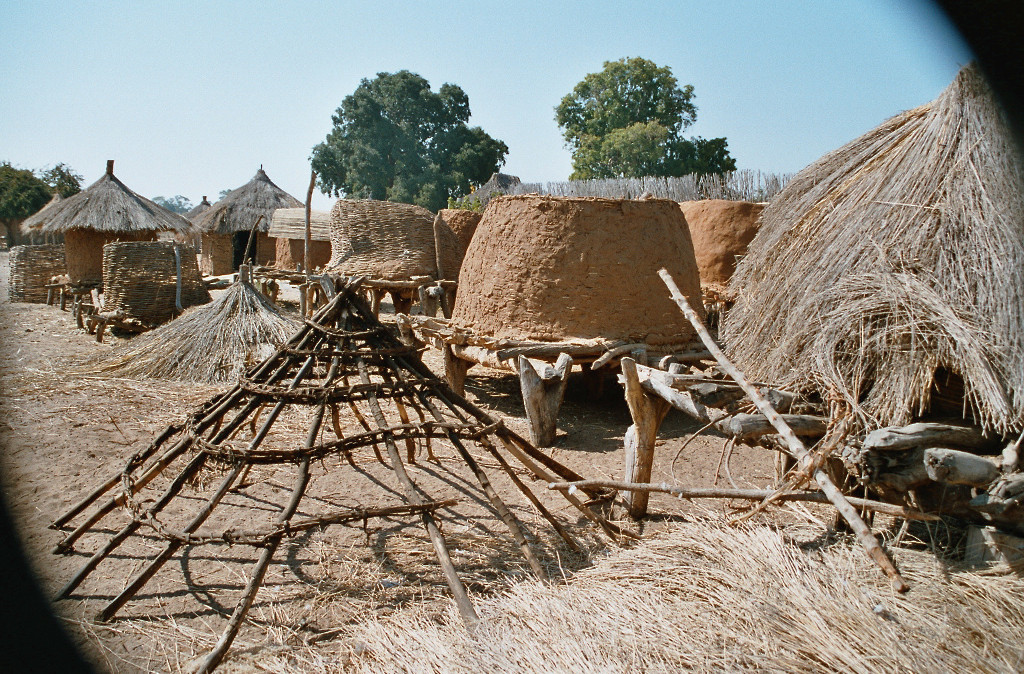 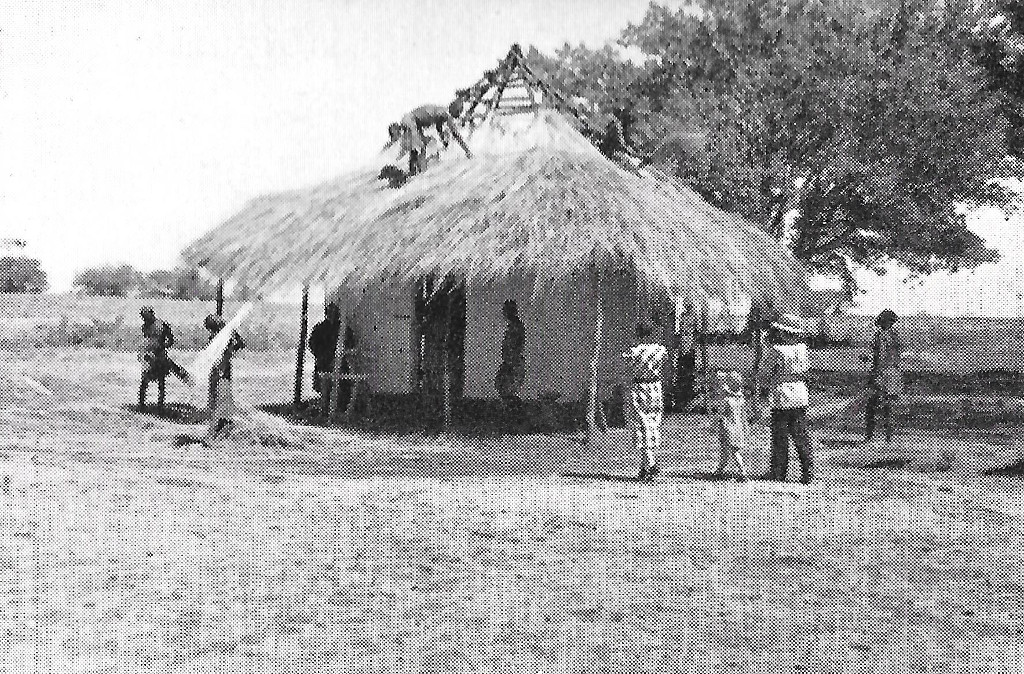 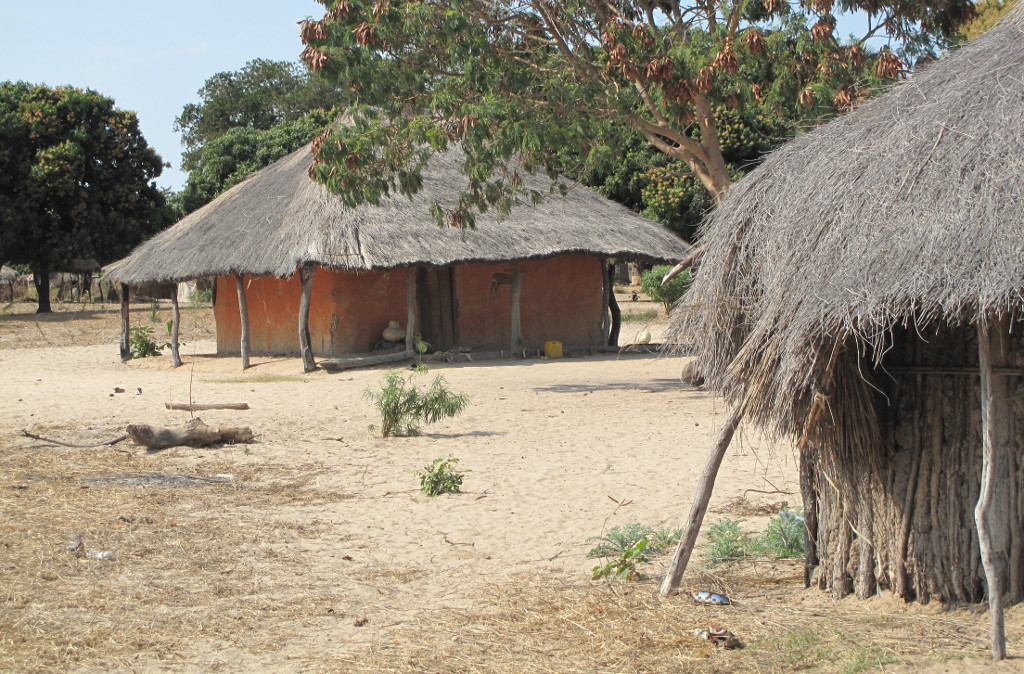 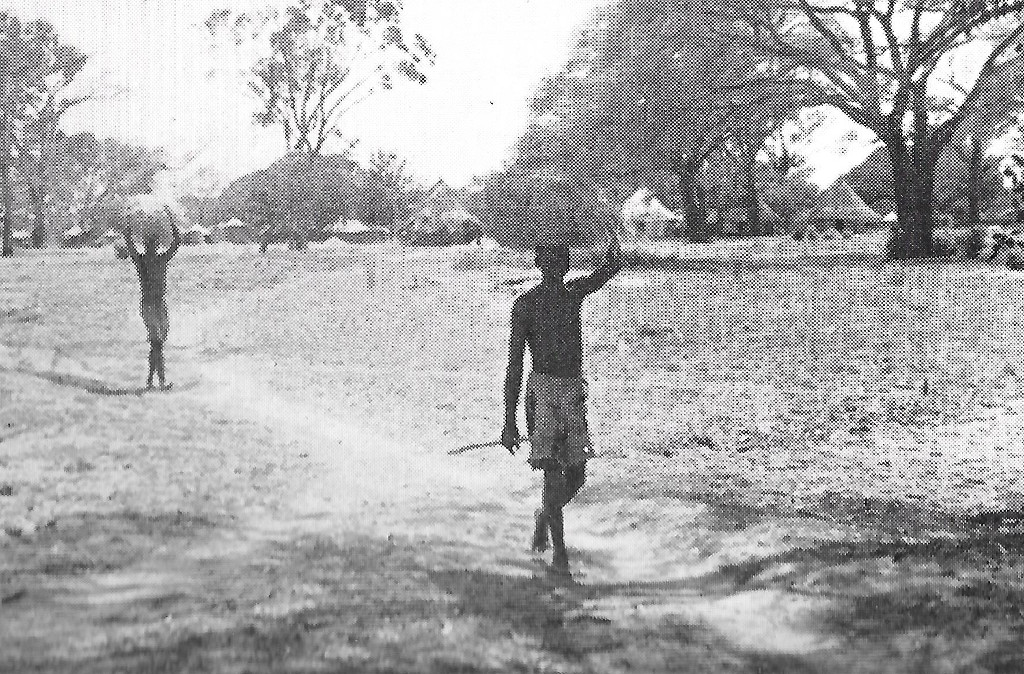 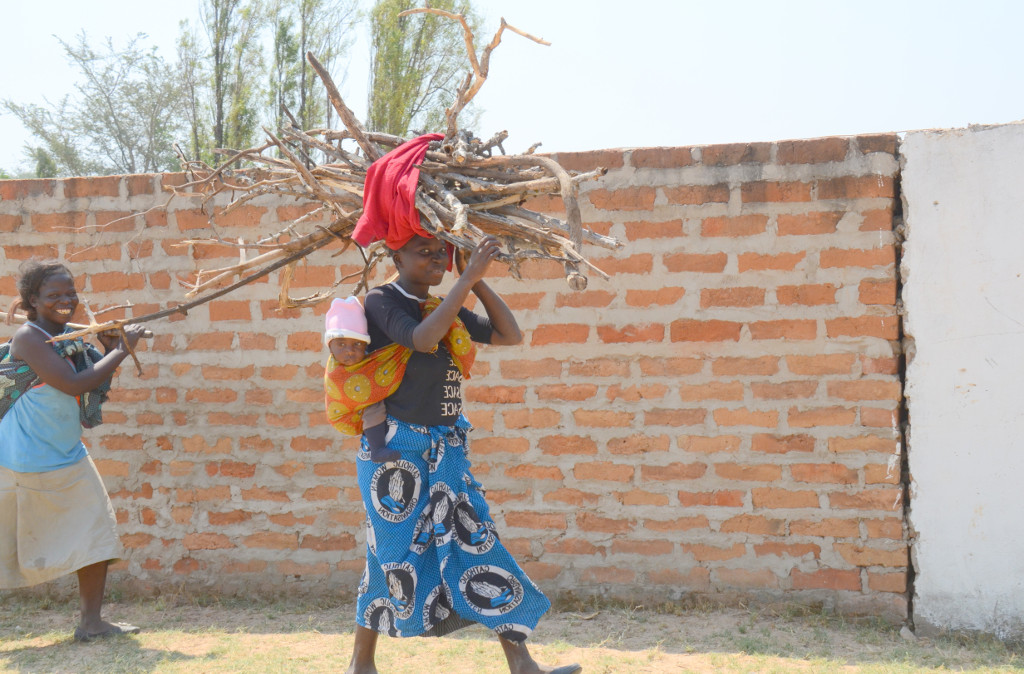 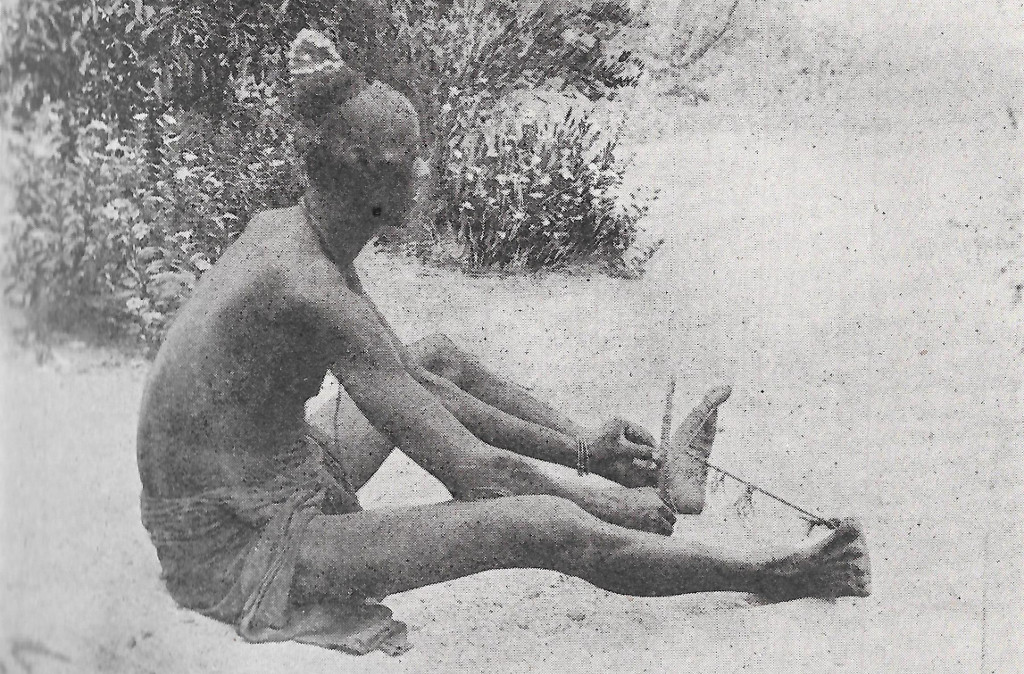 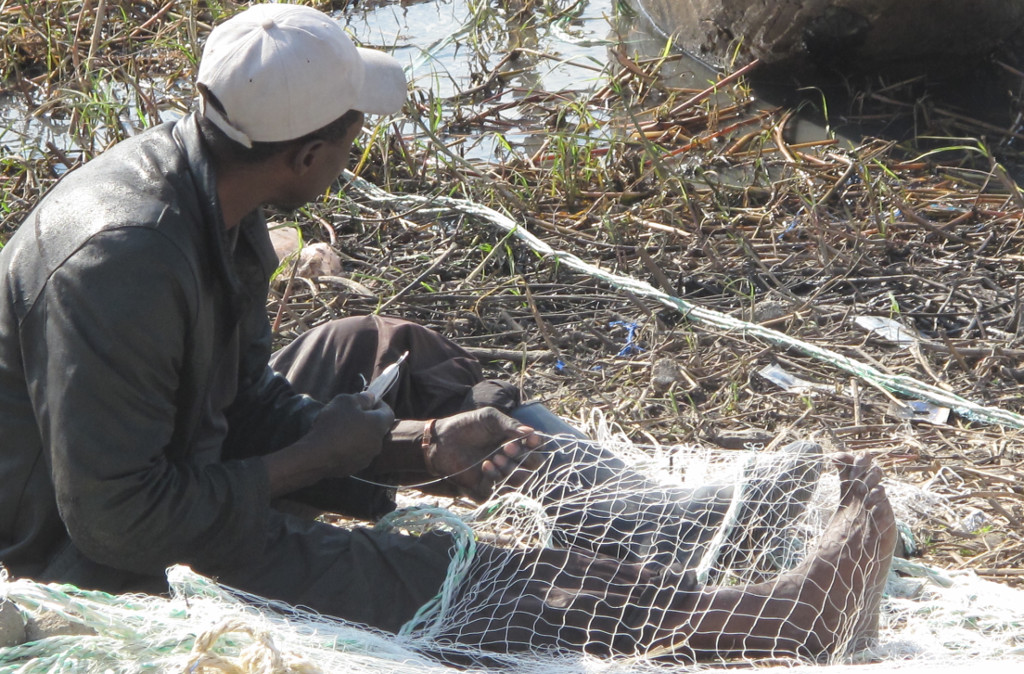 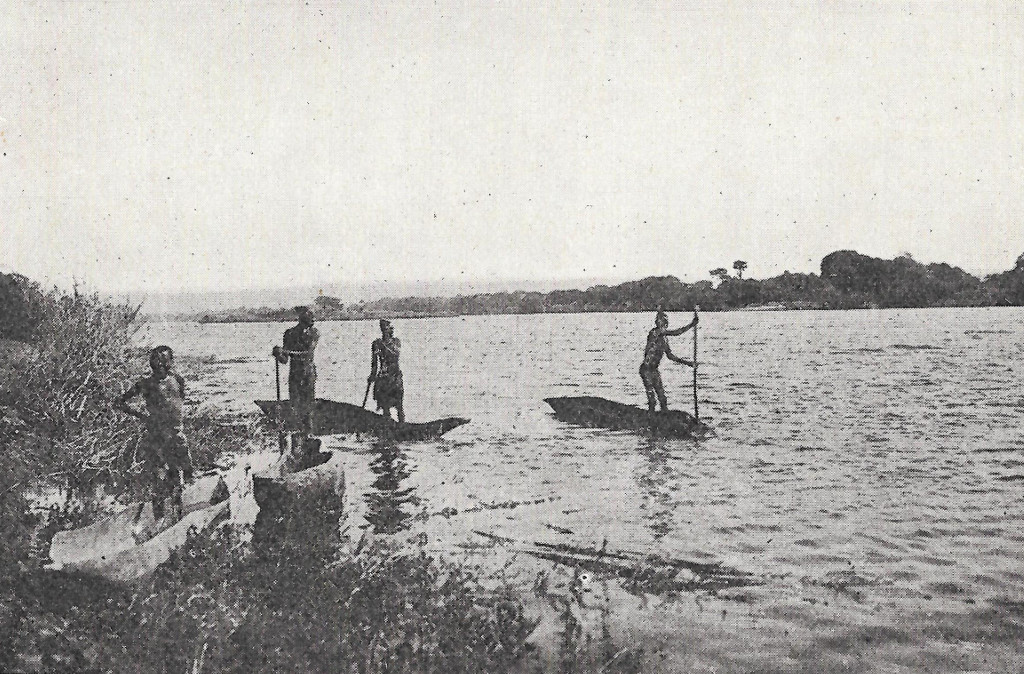 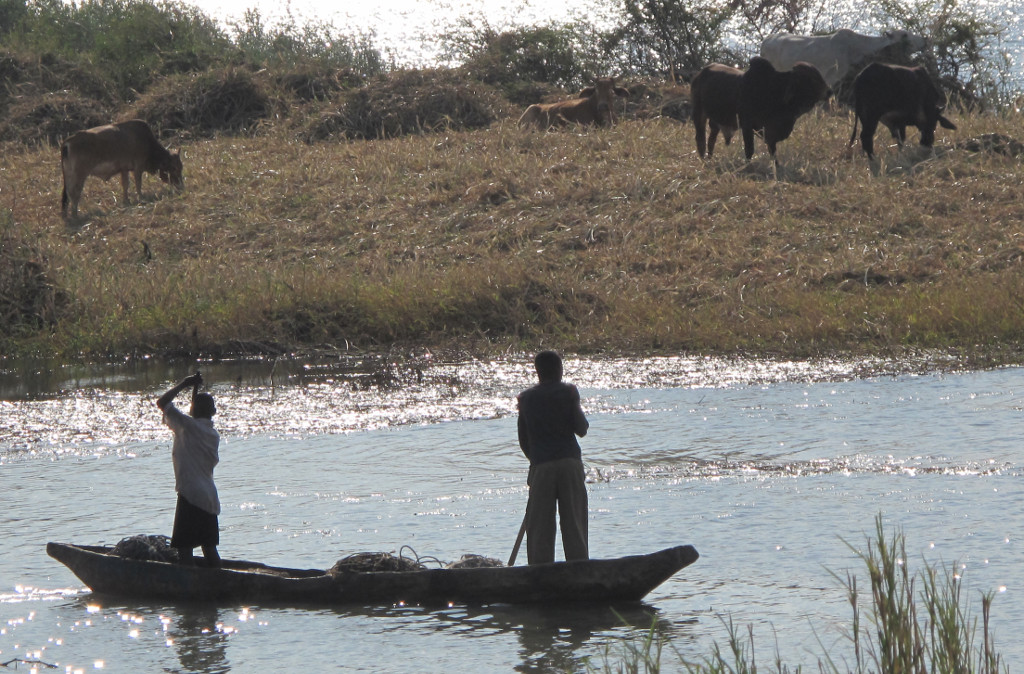